African World of Spiritism as Indigenous nature of African reality…….Africans have their own traditional religions and each religious expression is unique to the community or society where it is being practised. The traditional religions of Africa embody the indigenous beliefs and practices of African societies that predate the modern period. Generally, the people of Africa believe in and worship one supreme deity. Although the Supreme Being or the high God is not in the same form in their beliefs, he is also not worshipped with the same vigour among the different societies. For instance, the Yorubas, in Nigeria, belief in a Supreme God called Olódùmarè. He is believed to have created the world and gave the first humans their present habitation; the Nyoro people of Kenya call God Ruhanga while the Sereer People of Senegal and the Gambia believe in a universal Supreme Deity called Roog.

One peculiar feature of African religion is that it is based mainly on oral transmission. Rituals, shrines and festivals are also inherent in traditional African religion. While western religion depends on missionaries to spread their beliefs among other nations, African indigenous beliefs are not propagated this way. Indigenous African religious beliefs are unique to the people and are preserved and passed down orally among the people from generations to generations. Another main feature of African indigenous religion is magic, witchcraft and sorcery. These three are different but related. It is important aspects of beliefs about the interactions between the natural and the supernatural. People associated with these practice are believed to have the skills manipulate the relations between the two worlds.

Though religious practices are different from culture to culture, there are similarities among them. Scholars use some terms to designate these frequently found features. The categories and subcategories are many, however, the more common ones will be discussed in this study. One of these common belief and practice is Mana. Mana is believed to be an impersonal power running through everything, but which accumulates in special objects, such as statues, or special human skills. It is a belief in a supernatural power or influence. The term originally came from a widespread Polynesian belief. Another common practice and belief is fetishism. Fetishism is a belief that there is power in inanimate objects. This may involve touching, worshipping, praying to and even whipping the objects. Animism is another common practice. Animism is the view that the natural world is animated or moved by spirits. For instance, the flowing river, the blowing wind, plants and trees are seen as inhabited by spirits.

In addition, Animal Spirits’ worship practices are done in some African countries. This practice involves animal worship. For example, lizards are revered in Madagascar, an African country located in the south eastern part of the continent while in some parts of West Africa, leopards are revered. One of the most well-known types of animal worship is totemism which is a mystical relationship of kinship unit or clan with a plant or animal or some natural phenomena. Sometimes the totem is ritually eaten, other times there is a taboo against killing it.

Another religious practice and belief system among Africans is ancestral spirit. You can also refer to it as ancestors’ worship. A belief in ancestral spirits rests on the conviction that the spirit parts of humans, after departing from the body, continue to exist in some form. Rituals are made to these spirits, especially spirits of important or influential people, to give to tribute and/or make appeasement to them by their living descendants. Those who believe in the worship of the spirits of their ancestors believe that the spirits have emotions, feelings, and appetites like living people and they must be treated well to assure their continued good will and assistance to the  living.  This is done through what is called ancestor veneration. Another variant of believe in the spirits of the dead is spiritism. This has to do with communication with the dead through a medium.

The Yoruba people are located in the western part of Africa and they have one of the largest ethnic groups in Sub-Saharan Africa. The religion of the Yoruba people connotes their indigenous beliefs religious which has been passed down form one generation to the other through oral history. It is worthy of note that Yoruba religion is diverse and has no single founder. Apart from the belief in the supreme God which they call Olódùmarè, they also belief in some lesser gods or dieties which they see as subordinate to the supreme being. In Yoruba belief system, Olódùmarè has total control and power over the universe and no one can question him. 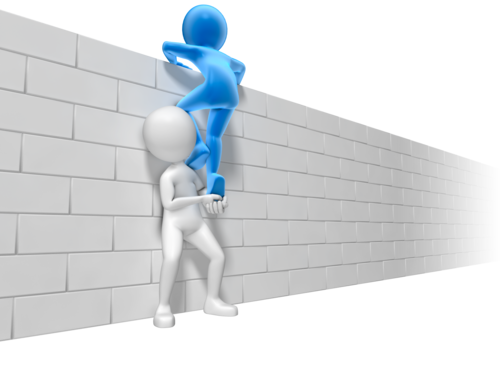