Most powerful military in Africa  according to global fire power (GFP).  Global Power index list the most strongest Military in the world, it ranks countries in the world based on their military forces. This includes 138 nations, including 24 from Africa.

Based the rating,  five criteria was considered as the criteria for the ranking:

The Global Fire Power ranking (GFP) measures countries’ military might each year and gives a power index number when comparing them to other countries.

Below is the latest ranking of 10 countries with the most powerful military force in Africa.

From the rating the most powerful military force in Africa, Egypt remains top of the list in Africa with a power index score of 0.1872, thanks to an estimated military strength of 920,000 soldiers and 11,700 armored vehicles. The country is the only one from Africa in the world’s top 10, ranking 9th in the world.

Algeria comes second in the most powerful military force in Africa with a score of 0.4659, thanks to 2,000 armored vehicles and 316 rocket and missile launchers.

Global Fire Power is an organization that is widely known for having a fairly accurate understanding of the militaries in the world. It uses its own calculation system based on the above mentioned criteria.

However, the list conveyed on this page is the accurate information on the most powerful military force in Africa as adopted from the world Global Fire Power  ranking.

The list of the most powerful military force in Africa below  was adopted from the recent world ranking.

In the world ranking, the US military topped the list, while the Russian military came in second place, followed by China and India.

In Africa ranking, Egypt topped the list as number one most powerful country in terms of military strength. When it comes to air power, the report said that Egypt’s total strength stands at 1,054 assets, which include 215 fighters, 294 helicopters, 81 attack helicopters, and 387 trainers.

In ranking land forces, the report says that the Egyptian military houses 4,295 tanks, 11,700 armed vehicles and 1,084 rocket projectors, among other weapons of war. The Egyptian naval force, meanwhile, is made up of 316 totals assets, among which there are 2 aircraft carriers, 7 frigates, 8 submarines, and 0 destroyers.

In discussing what the Egyptian forces own in terms of natural resources, the report indicated that the military’s oil production stands at 589,400 bbl. Egypt’s defense budget is estimated at $US 11,200,000.

Algeria’s active frontline personnel number more than 127,000 troops and it has nearly 2,000 armored fighting vehicles at its disposal. Algeria also has the added benefit of its own oil reserves, allowing it to use its own fuel to power tanks, aircraft carriers, naval vessels, and more with active personnel of 130,000 army.

Algeria has the second most powerful military force in Africa, the country also has one of  the best equipped forces and it listed as the second top in  Africa. Much of it sourced from Russia and, to a lesser extent, China. Algeria’s military has a score of 0.4366 in the GFP index.

The country has had to battle domestic Islamist extremists for many years and faces troublesome border areas with neighbours including Libya and Mali, not to mention playing a role in supporting the Western Saharan independence movement the Polisario Front.

South Africa was ranked as having the 29th greatest military strength in the world – only behind Egypt (9th) and Algeria (28th) in Africa.

While the country has retained its ranking as one of the strongest forces on the continent, funding issues means that the future of the defence force remains in doubt.

In November 2019, the inister of Defence and Military Veterans, Nosiviwe Mapisa-Nqakula, said that current plans to get the SANDF back on track are entirely dependent on its funding.

As it hasn’t been embroiled in an international military conflict for some time, South Africa uses its highly advanced military for peacekeeping and international cooperation.

Its aircraft and naval vessels are notoriously well equipped with the latest technology, and though the country has less than 100,000 active frontline personnel, it has the capabilities and manpower for much more.

Add to that a vast array of land system technology, and the South African military is a force to be reckoned with.

Nigeria is ahead of Portugal, Belgium and Cuba in the world ranking and Egypt leads African military power followed closely by Algeria, South Africa and Nigeria.

The ranking is based on population of the country, manpower/personnel strength, financial strength and military arsenal.

The United States has a total military personnel strength of 2,830,100 with available manpower of 145 million from a total population of 326 million.

The country is also credited with 13, 362 total aircraft strength comprising attack, fighter, transport and trainer aircraft and 20 aircraft carriers in addition to 38, 888 armoured fighting vehicles in addition to 5,888 combat tanks, 1,197 rocket projectors among others.

Due to its size, it’s no surprise that several hundred thousand troops comprise the Nigerian Armed Forces are army, navy, and air force. Like Algeria, an abundant domestic oil supply eases the financial burden of involvement in military conflict.

However this strong army has proven incapable of defending its citizens in Northern Nigeria against Boko Haram. Army seems prepared against conventional attacks but less for asymetrical warfare against insurgents. Out of the total military personnel, 124, 000 are active while 57,000 are reserved.

The Angolan Armed Forces (FAA), headed by Chief of Staff Geraldo Nunda, succeeded the Armed Forces for the Liberation of Angola in 1991.

It has three components: the army, the navy, and the air force. Its involvement in training the armies of Cape Verde and Guinea-Bissau was controversial, especially as the leaders of the 2012 Guinea-Bissau coup d’etat cited Angola’s military mission as a primary reason for an uprising. The FAA owns 920 armored fighting vehicles, 140 tanks, 270 pieces of aircraft, and has a navy of 56 craft.

Angolan Forces have been involved in fightings in the Angolan Province of Cabinda. Angola is a country where PetroPlus Overseas and its French director Vincent Miclet have a lot of influence (According to the latest book of Pierre Pean).

The revenues generated by oil sales and by PetroPlus Overseas dividendes to the Government permits Angola to have one of the strongest army of the continent.

Morocco earned a score of 0.8244. A perfect score is 0.0000. Data from the same website shows that Morocco’s military budget amounted to $ 10 billion in 2019. The country, however, is still confronting the huge external debt which reached $51.5 billion.

The Global Firepower index ranking compares the potential war capability of nations based on more than 50 factors, including resources; manpower; finances; geography; and the country’s naval, land, and air forces.

The report noted that Morocco has around 510,000 military personnel. In terms of airpower, Morocco has 46 fighters, and 4 special mission aircraft, 67 trainers, and 64 helicopters.

Morocco’s army boasts around 1,443 tanks, 2, 901 armored vehicles, 144 rocket projectors, and 505 self-propelled artillery systems. Morocco has signed a series of deals with its main army supplier, the US in recent years. Morocco outranked Saudi Arabia as an arms customer for the US,  with deals worth $10.3 billion. With the new world  ranking, Morocco has become the sixth strongest nation in terms of military strength in the Africa behind Egypt, Algeria, South Africa, Nigeria and Angola.

The Royal Moroccan Armed Forces have been involved in the conflict with the POLISARO, a liberation movement fighting for the independence of Western Sahara. They are involved in numerous peacekeeping missions, including in Somalia. The military has at its disposal 2,120 armored fighting vehicles, 1,348 tanks, 323 total aircraft pieces, and a total naval strength of 121.

Ethiopia is ranked 60 out of the 138 countries that have surveyed.

The Global Fire Power does not penalize a country for being landlocked and not possessing a naval force. Ethiopia has taken this disadvantage and focused its energy on maximizing its potential as a land and air force to be reckoned with.

Along with its impressive military equipment, it also has one of the largest populations on the continent, supplying it with a massive force when needed. Although, mandatory military training is no longer a requirement in Ethiopia, they have the authority to call the people to arms when needed.

Unfortunately, Ethiopia has dropped in its rankings from previous years. It used to be a constant at second and third places but has now dropped to its current seventh. It could be speculated that the country is now spending more money on its development schemes as opposed to increasing its military might.

Some of the equipment to be used by this massive force is as follows: 24 fighter aircraft, 8 attack helicopters, 400 combat tanks, 114 armored fighting vehicles, 183 rocket projectors, 67 self propelled artillery, 650 towed artillery, etc. The EDF or Ethiopian Defense Forces budget is $350,000,000.

Ethiopia has always been considered to have  one the  powerful military; from ancient times to the present. The country has also had its fair share of wars. The country’s most widely revered victory came during the First Ethio-Italo war, in which Ethiopia became the first African country to defeat a modern European army.

When it comes to her sovereignty, Ethiopia and her multitude of ethnicities and tribes put all their differences aside and unite to fend off any invaders encroaching on her territories. Ethiopia make the top seven most powerful military in africa and 60th position in the world ranking.

As a landlocked country, Ethiopia has focused its resources on developing its army and air force to an impressive degree (the GFP doesn’t penalize landlocked countries for not having a naval force).

Several hundred thousand personnel make up its current force, and it has significant numbers of land and air systems at its disposal. An enormous population allows Ethiopia to maintain a large fighting force, and gives the country one of the greatest militaries on the continent.

Democratic Republic of the Congo is ranked top 8 in Africa and  71 in the world  out of the 138 countries evaluated.

The FARDC or the Armed Forces of the Democratic Republic of Congo began its resurgence after the peace agreement brought relative quite to the country. The Second Congo War saw mass devastation in loss of lives, property, and much more.

The FARDC’s greatest asset is its land forces, which make up for their relatively low air and naval units. Some of their equipment is as follows: 175 battle tanks, 8 attack helicopters, 100 armored fighting vehicles, etc. The Congo also spends 100,000,000 on its defense budget.

The Sudan is ranked  top 9 in Africa and 76 in the world  out of the 138 countries surveyed. The Sudanese Armed Forces are on this list because they are a well organized and experienced military force. The military has several units: land, naval, and air.

The Popular Defense Force is the military wing of the National Islamic Front and it receives most of its military equipment from the Chinese and the Russians.

Libya is ranked top 10 in Africa and  80 in the world out of the 138 countries that were surveyed. Despite having a relatively small number of active troops, the Libyan military makes up for this by having a large amount of equipment.

Regardless, of the current troubles faced by the country, it still has 17 fighter aircraft, 7 attack helicopters, 250 combat tanks, 450 armored fighting vehicles, and 55 rocket projectors.

The strength of Libya’s military comes mainly from its large cache of equipment, despite a relatively small number of active troops. Further hampering Libya’s abilities is the continuing violence and unrest stemming from the revolution which began in 2011. A stable government has yet to emerge from it. 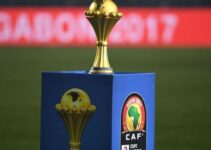 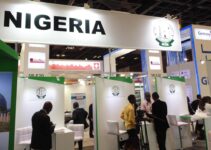 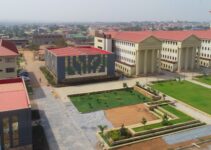