Richest Entrepreneurs:  Nigeria is a naturally endowed country. We have all kinds of natural, mineral and human resources. And the human resources that we operate include the hardworking and decisive individuals, who have rightfully made themselves a name in the world of business.

No objection that Nigerians are strong, powerful, and some of the most hard-working people in the world. Apart from been featured in Forbes entrepreneurs’ list and other rankings, the country also boasts of one of the world’s largest pools of burgeoning middle-class.

They have common traits  offering business solutions, impact on the different sectors and inspirations to old and young generations around the world.

After research, SchoolDrillers has been able to make some list of top famous entrepreneurs in Nigeria who are known in their industry. They are either the pioneers in what they do or they are doing something different from other people in the same industry. These richest Entrepreneurs and famous business owner have carved their names on the top. The list below are the famous and richest entrepreneurs in Nigeria. Please note that this list are not arranged in order of their net worth but made in different category to inspires upcoming entrepreneurs. 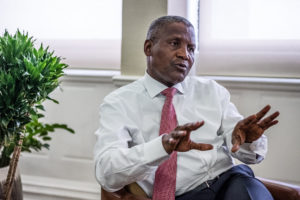 This Nigerian entrepreneur was born in 1957. He created the Dangote Group and is considered to be one of the richest men in Africa and he top the selection of richest entrepreneurs . The Dangote group is a big organization that is into export, import, manufacturing, real estate and philanthropy. Some of the products it deals with are: spaghetti, macaroni, sugar, salt, rice textile materials, while the Group is also into transportation, packaging, and even security. The Dangote Group imports sugar, rice, fish, and cement, fertilizer and building materials. While it exports cotton, cocoa, cashew nuts, sesame seed, ginger and gum. Aliko Dangote has contributed tremendously to the economic development of Nigeria and has greatly assisted in reducing the rate of unemployment in the country by providing employment to Nigerian graduates and even other categories of labour.

Femi Otedola (born November 4, 1962) is a Nigerian businessman, entrepreneur, philanthropist, and chairman of Forte Oil PLC, an importer of fuel products. Femi Otedola is the son of the former Lagos State Governor, Michael Otedola.  According to Forbes, his net-worth in 2016 was estimated to be $1.8 billion.

Otedola is also the founder of Zenon Petroleum and Gas Ltd, and the owner of a number of other businesses across shipping, real estate, and finance. He has recently invested in power generation as part of the liberalization of the sector in Nigeria. 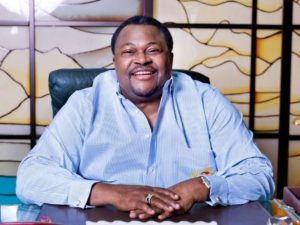 This entrepreneur was born in 1953. He has business in various industries such as banking, oil and telecommunications. He owns the Consolidated Oil Company, which is the first indigenous company to strike crude in December 1991. Consolidated Oil Company is into crude oil drilling, refining and marketing. He also owns the Equatorial Trust Bank and created one of the main telecommunications companies in Nigeria (Globacom), against all odds. Globacom Limited was created after he failed to penetrate the telecommunications industry in 1999 with his first telecommunications company- Communications Investment Limited, (CIL) because his conditional license was revoked. However, in 2002 he won the bid for the Second National Operator (SNO) license. This was a better strategic business option for him because the SNO has a wider range of operations and this gave Globacom the right to serve as international gateway for telecommunications in Nigeria and also operate: digital mobile lines, fixed wireless access phones and also operate as a national carrier. This entrepreneur was able to achieve these entrepreneurial successes because he has a unique flair for risks and tenacity of purpose. 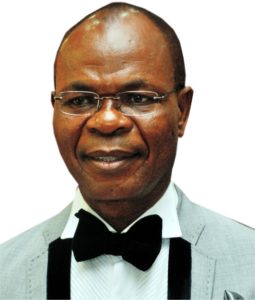 This entrepreneur is regarded as ‘King’ of the transport industry. He founded the Chisco Transport Limited which is one of the biggest in the Nigerian transport industry. Over the years, Chisco Transport Limited grew to become the Chisco Group. The Chisco group is into variety of businesses such as: oil and gas, finance, hospitality, real estate, import and export. Apart from this he has also contributed tremendously to the development of the nation through various philanthropic activities. For instance, he established a foundation to take care of his philanthropic interests and also built a Faculty of Business building for Transport Studies at the Nnamdi Azikiwe University, Awka .

Abdul Samad Isyaku Rabiu (born 4 August 1960) is a Nigerian businessman and the founder of BUA Group, a Nigerian conglomerate active in sugar refining, cement production, real estate, logistics, and port operations. According to Forbes, his net-worth in 2016 was estimated to be $1.1 billion.

In January 2016, BUA Group agreed to sell its flour milling and pasta making businesses to Olam Group of Singapore for $275 million. Rabiu, the son of a businessman, inherited land from his father. He set up his own business in 1988, importing rice, sugar and edible oils as well as iron and steel rods. 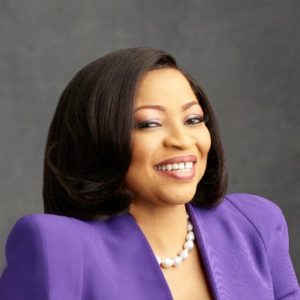 Theophilus Danjuma (born 9 December 1938) is a former Nigerian defense minister and the founder of oil exploration company South Atlantic Petroleum (SAPETRO), which owns upstream assets in Nigeria, Republic of Benin, the Central African Republic and Madagascar. According to Forbes, his net-worth in 2015 was estimated to be $0.75 billion.

He also owns real estate plus a stake in Notore Chemical Industries, a manufacturer of urea fertilizer, as well as a stake in NALComet, one of Nigeria’s largest shipping companies. His net worth fell from a year ago due to the sustained weakness in oil prices. 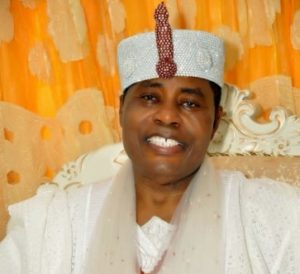 This entrepreneur comes from the Royal family in Ondo State, Nigeria. He is a king in Yoruba land i.e. an Oba hence he has the appellate HRH (i.e. His Royal Highness); and also a graduate of Business Administration from Lead City University Ibadan. He created the Obat Oil and Petroleum Limited in 1981, a company that is into the marketing of petroleum nation-wide, and has the largest privately owned oil depot and jetty in Africa. His business interests have grown steadily over the years to become the Obat Group which has interests in petroleum, fishery, construction, tourism and hospitality, shipping, consultancy services and water purification and production.

This Nigerian entrepreneur established Elbe Pharma, an organization that deals with the importation and marketing of pharmaceutical products such as Amalar anti malaria tablets, Solotone multivitamin etc. nation-wide. 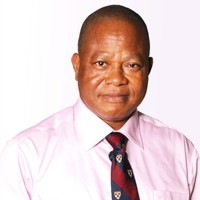 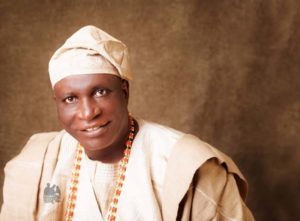 This Nigerian entrepreneur created the Eleganza industries. An organization that has contributed tremendously to national development through its assortment of consumer products such as biros and coolers manufactured and marketed nation-wide.

This is another notable Nigerian entrepreneur in the shipping industry. He created the Trans-Atlantic Shipping Agency Limited. The company is into air freight, shipping line agency and charter services, import and export agency, collateral management and warehousing services among others.

This is an entrepreneur in the importation and marketing of car or auto batteries. He established Dimaps Batteries and has written extensively about usage and maintenance of batteries in Nigeria.

This is a female social entrepreneur who contributed to social development by launching  the Girl Child Art Foundation (GCAF) in the year 2000. This Foundation is concerned with enlightenment and empowerment of the Nigerian young women between the ages of 8-25 years on issues such as: polygamy, child trafficking, and child marriage through music, art and dance; with the ultimate aim of engineering progressive change in the Nigerian society.

He is the social entrepreneur with the slogan “Shit business is Good Business”. In 1999, he established the DMT Mobile Toilets in Lagos. Prior to that period, Lagos State did not have enough public toilets to cater for its teaming population. In order to help solve the social problem created by this inadequate toilet facilities in Lagos State, Durojaiye established the DMT Mobile Toilets, which is an organization that manufactures, hires out and maintain moveable toilets in Lagos State. Thereby promoting environmental sanitation and creating job opportunities in Lagos State. 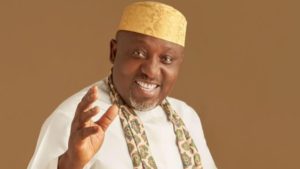 This is a social entrepreneur interested in poverty alleviation of the less privileged in the Nigerian society. To this effect, he founded the Rochas Foundation which is concerned with helping Nigerian children to become self-sufficient thereby breaking the cycle of poverty in the nation (Osalor, 2010).

My name is ST Jairus, I’m a Moralist, Digital Marketer, Blogger, Content Creator and a Critical Thinker Who Loves to Work Online. 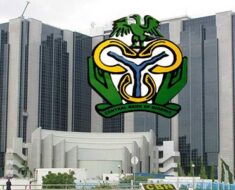 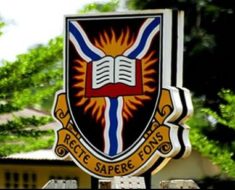 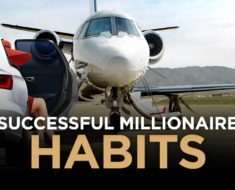 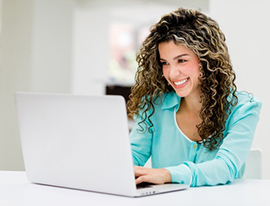 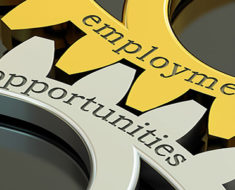 My name is ST Jairus, I'm a Moralist, Digital Marketer, Blogger, Content Creator and a Critical Thinker Who Loves to Work Online.