There are good number of richest man in northern Nigeria who work in the production and manufacturing industries in Nigeria that are very wealthy and they are among the wealthiest  billionaires  in the country and Africa. They’re the wealthiest billionaires who happens to be from the Hausa and Fulani ethnic group in Nigeria.

Alhaji Aliko Dangote is the richest man in northern Nigeria,  the richest billionaires  in the Nigeria and Africa and among the richest in the world. The prolific business tycoon has been in the position for a long time now. As a result of his status, he is also known as the highest-earning northern individual in the country.

With no particular order, these list will assist you in getting to know the richest man in northern Nigeria:

Alhaji Aliko Dangote is a prominent Nigerian businessman and philanthropist. Dangote, who is Africa’s richest man, is at the top of this list. He is the founder and CEO of the Dangote Group, a multibillion-dollar corporation with operations across Africa.

In 2014, Dangote was ranked as the world’s 23rd richest person. The experienced entrepreneur has an estimated net worth of $8.5 billion dollars this 2022. Because Alhaji Dangote is the wealthiest man in Nigeria and Africa, and because he is from the Fulani tribe in Kano state, he is also the wealthiest Hausa-Fulani man in Nigeria.

Another wealthy Hausa-Fulani businessman is AbdulSamad Isyaku Rabiu (CON). In the 1970s and 1980s, his father, Khalifah Isyaku Rabiu, was one of Nigeria’s most prominent businessmen. Abdul Samad is the founder and chairman of BUA Group, a $2.5 billion Nigerian multinational corporation with interests in manufacturing, infrastructure, and agriculture.

Abdul Samad’s wealth was projected to be $1.2 billion by Forbes in 2013, putting him in the global billionaire’s club with a net worth of $900 million.

From August 1975 to August 1979, he served as the Chief of Army Staff of the Nigerian Army. He also served as Olusegun Obasanjo’s Minister of Defense. South Atlantic Petroleum is chaired by Danjuma (SAPETRO).

Danjuma has an estimated net worth of $1.1 billion dollars to earn this position.

Mohammed Indimi OFR is a Nigerian philanthropist and billionaire businessman. Oriental Energy Resources, a privately held Nigerian oil exploration and production business, is his creation and he serves as its chairman.

Mohammed Indimi was born in Maiduguri on August 12, 1947. Indimi wasn’t really brought into the world into a wealthy family, so he had to exert extra effort to be among the Nigeria’s most successful business people.

Indimi has received various accolades from Nigerian, American, and Irish universities. Mohammed Indimi is worth $450 million dollars to earn this place.

Alhaji Dantata comes in fifth place on the list of Northern Nigeria’s wealthiest men. He is the Dangote Group’s Director of Engineering and Transport, as well as the founder of MRS Holdings Ltd. MRS Holdings is a company that specializes in oil and gas exploration and production.

Sayyu Dantata has a net worth of $300 million, making him one of the wealthiest members of the Fulani tribe.

Atiku Abubakar is a Nigerian political figure. He is a business person and a former vice president of Nigeria. He is, without a doubt, one of the wealthiest Fulani men on the planet.

The powerful political figure is well respected and is a card carrying member of the People Democratic Party (PDP). Abubakar’s business is better recognized in his native land of Adamawa. One of several wealthiest individuals of the Hausa-Fulani ethnicity is the erstwhile vice president.

Umaru is one of Nigeria’s wealthiest Hausa/Fulani businessmen. He was previously the Chairman of First Bank Plc. He is the CEO of the Mutallab Group, a Nigerian multinational.

Alhaji Abdullahi Rano is indeed one of the wealthiest persons in the Fulani tribe. One of Northern Nigeria’s wealthiest people is AA Rano, a Kano-born businessman and industrialist.

The oil magnet is a prominent participant in Nigeria’s oil and gas industry. He is also one of the wealthiest people in northern Nigeria, with a net worth of more than $20 million. 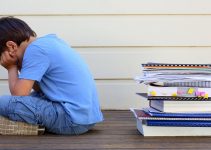 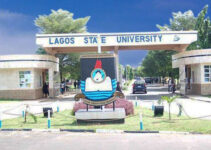 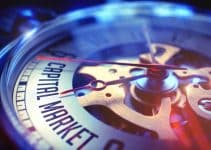