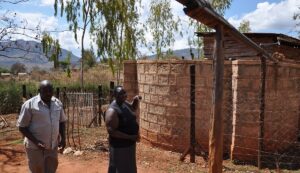 Starting from the general notion, the study of philosophy helps to enhance ability to solve problems, the communication skills, the persuasive powers, and the writing skills.

If any practice is based on sound philosophy it will promote good life or conduct, which in turn breeds peace and concord necessary for building a nation. This then implies that philosophy is an indispensable guide towards a crucial aspect of development.

Philosophy is a critical factor in the development of good morals in the society, which is an important aspect of development. This is, because, there can be no meaningful national development, if the members of the society are morally retrogressive and underdeveloped. Philosophy thus makes an important contribution to understanding of good judgment in the society.
Philosophy helps to solve problems, mundane or abstract, and it helps us make better decisions by developing our critical thinking (very important in the age of disinformation).  It illustrates by linking influential ideas to mundane activities, such as waking up with Descartes and going to the gym with Heidegger.

Some of the benefits of studying Philosophy includes ability to think logically, ability to analyze and solve problems, ability to assess proposed solutions, ability to write and speak clearly, attending to details and to mention but few.

To start my discussion on the roles of philosophy in tackling developmental problems in Africa, I will like to examine Plato notion of the significant of philosophy in every society. According to Plato, “Until philosophers are kings, or the kings and princes of this world have the spirit and power of philosophy, and political greatness and wisdom meet in one, and those commoner natures who pursue either to the exclusion of the other are compelled to stand aside, cities will never have rest from their evils.”

From the above notion, we can deduce that philosophy is the main function of the orientation of a person in every society. Philosophy forms the worldview of people, as it largely determines their behavior and approaches to decision-making in particular problem. Philosophy plays a significant role in solving global problems. The above position is getting us close to how much philosophy as a discipline has been tackling developmental issues and problems in Africa.

Africa is a continent endowed with immense natural and human resources as well as great cultural, ecological and economic diversity, hence it remains underdeveloped.

The study of philosophy in Africa dated from the African philosophical history has helps to enhance the attainment of independence in most African countries through varied experimentation with strategies aimed at bringing about rapid and sustainable development.

As we understood that there is nothing in the universe that does not interest or concern philosophy. Owing to the generality and vastness of its subject matter, philosophy is interested in the subject matter in all endeavors.  In other words, African philosophers has  raises philosophical questions and investigation that can help clarify; and confronts problems that are declining development in the continent  such as issues of African religiosity, corruption, poor education, poor economics, weak law, poor judgment, globalization, neocolonialism etc,  And how these issues can be solved through the application of transparency and logical attention.

Another instance that gives philosophy a lead to tackling the problems of the development in Africa is vested on the ability of philosophy  to examines rationally the fundamental problems affecting African society, it contribute significantly in the fight against corruption particularly by addressing the phenomenon of corruption from a moral point of view given the fact that corruption is primarily an ethical or moral problem.

This is to say that ethics deals with questions of morality what is right and wrong in human relations. In other words, ethics is the philosophical study of morality and therefore what we are saying is that the impact of corruption has very serious ethical implications on African developmental aim, because ethical reflection illuminates an individual’s sense of right and wrong with capacity for evaluating individual and political actor conduct.

Therefore, philosophy in its attempt to tackle developmental problems in Africa, philosophers proposes ethical awareness as the necessary condition in the fight against corruption since ethical awareness is the necessary condition for human survival and flourishing for without a basic moral norm that protects basic moral values, society itself is impossible.

Furthermore, the roles of philosophy in tackling developmental problems in Africa is also vested on how philosophy gives a shedding light on how to help Africa continent alleviating corruption by placing emphasis on the fundamental role of ethics. Africa can eradicate corruption completely by inculcating sound ethical moral values or by adopting an ethical culture given that ethics is derived from the Greek word ethos, meaning, custom, way of life, behavior, namely moral behavior.