The meaning and Effect of Educational Institutions on Social Life…….

The educational institution is the social structure concerned with the formal transmission of knowledge. It has been defined by Kendall as “…the social institution responsible for the systematic transmission of knowledge, skills, and cultural values within a formally organised structure”. Education, as a process of learning, is as old as human society. It includes teaching formal knowledge such as reading and writing as well as teaching other things such as morals, values, and ethics which could be informal in nature. Education, generally, prepares people, both young and old, to fit into the society. Education is a means by which every society prepares its young people for a place in adult life and teaches them societal values. It serves the beneficial purpose of educating children and getting them ready to be productive adults in the society. In primitive societies, and in indigenous African societies, education takes place at home – with the parents and family members. However, in modern societies, education now takes place in schools. That is, education can either be formal or informal. Informal education takes place at home, in the family while the informal education takes place in the school environment.

Education is an important agent of socialization and encourages social integration, especially in countries with diverse populations. Through schools, students from a variety of cultural backgrounds come into contact with the mainstream culture. This is not only done by teaching knowledge through books but also teaching the society’s culture, including moral values, ethics, politics, religious beliefs, habits, and norms. Furthermore, education provides occupational training. Before now, some centuries back, most jobs and training were passed on from father to son. However, today, most jobs require at least a secondary school education, and many professions require a first degree or post-graduate degree. In addition, education serves as a means of social control or the regulation of deviant behaviour. For example, going to school everyday keep young people off the streets and from crime.

Education plays a large part in the socialization of children into society. Socialization aims to make the child learn and conform to established norms, behavioural patterns and societal values. In simple societies, it is done in form of training children in the appropriate forms of behaviour and skills required by all members of that society. That is, it is the preparation of children for particular roles in society.

In modern societies, education is the most important agent of socialization after the family. Schools are the first impersonal and collective environment that a child encounters. Whereas schools official function is the transmission of knowledge, they also promote certain values: honesty, respect and norms such as not cheating during tests or examination and punctuality. Children also learn to deal with authority figures other than their parents and with peers.

The Effect of Education on Social Life

One of the effect of education on social life is the promotion and reaffirmation of culture. Africans believe strongly in according respect to elders, and to whomever respect is due. Adherence to cultural expectations promotes peace among members of the society. For instance, a Yoruba boy is schooled, informally, to prostate while greeting an elder while a Yoruba girl is expected to kneel down while greeting an elderly person. However, both young and old, depending on the person’s gender, are expected to prostate (or kneel, as the case may be) to greet a king irrespective of the age of the king. Failure to do this may call for sanctions.

Yoruba people, from Nigeria are schooled to prostrate for elders and kings. Another effect of education on social life is the modification of behaviour. Members of the society who are predisposed to behaving in an unacceptable manner in the society are corrected and counselled both through informal and formal means. A good example of how this is done, informally, is the use of proverbs. Proverbs abound in Africa and these proverbs serve various purposes. One aspect of proverbs is the corrective aspect. For instance, there is a Yoruba proverbs that says “ Isé ni oògùn ìsé” (Work is the antidote for poverty). This proverb is used to caution those who are lazy in their work and/or do not want to work. 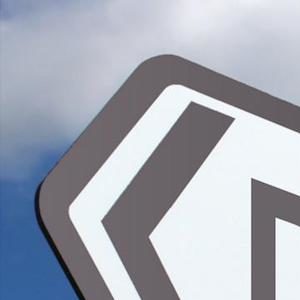