Home
General
Defining philosophy: What are the importance of philosophy
Spread the love

Philosophy, after moving away from this traditional view of its enterprise for a very long time, seems to be moving systematically towards it, this is not to suggest that philosophy’s central concern today is practiced as the formulation of First principles of Morality which are regarded as guides to the good life and this one of the importance of philosophy. When we ask question what are the importance of philosophy, rather than being concern with pure objectivity, we tend or  need to take human interests and nature into consideration, What is the goal of living? What is man’s position in the scheme of things? Where does he come from and where is he going?. However, there are areas of life philosophy grapples with. These aspect of life are very essential for living a meaningful life in human societies.  What are the importance of philosophy…. Read below……….

Philosophy as the Search for Truth

This definition has a close relationship with the last definition. The important distinction is that we can speak of Reality in the sense of being something substantial, something to be described or at least grasped by way of identifying some inherent qualities. That is, the characteristics it possesses by its own nature. Reality is thus generally regarded as something that has its own independent existence. This means that, who regard matter as Reality believe that its own existence does not depend on the prior existence of any other thing.

But there are many aspects of knowledge which do not directly relate to existence. When one says for example, “It is raining outside” and another person, at the same place and time says ‘It is not raining outside”. We want to know who of the two is making a statement whose description corresponds with the actual state of affairs outside. Now, this is not talking of existence as such, but of the relationship between an empirical situation and a human judgment. It is this relationship that we label as true or false. Whichever, we regard as appropriate.

The truth the philosopher seeks also has to do with the comparison of truths arrive at through different process – Physics, Biology, Chemistry, Medicine, Social Sciences, Religion, etcetera. In short, there is a sense in which philosophy as the search for truth tries to establish a Truth or even the Truth which is supposed to supersede all other truths in different spheres of man’s rational endeavors. In fact, some will go as far as saying that the search for this Truth is the same thing as the search for Reality. This is because what is taken to be Reality is also regarded as the Truth.

Philosophy as the Search for the Ideal Life

This definition of philosophy comes up in the last place not because it is the most recent definition of philosophy in chronological terms. In fact, Socrates, the father of western philosophy, saw himself as a philosophy in this sense. According to the Greek tradition into which he was born, to know the truth, the real in matters of character or virtue, is not merely to have a theoretical awareness.To know the truth, to know what is good; to lead a virtuous life. When the philosopher was therefore identified as the seeker of the ideal life he has also presumably regarded as somebody who lives the Ideal life.

Philosophy was therefore the search for the Ideal Life and how to live it. Socrates demonstrated this when he was in jail in Athens, condemned to death for allegedly leading the youths against the state. His friends came in the night ready with plans for his escape. Socrates’ reply was that he had always taught that a good citizen should obey the laws of his society, since running away from prison (and invariably from his condemnation to death) amounts to disobedience; Socrates would do no such thing.

Philosophy as Reminders of Familiar Facts of Everyday Experience

This is how John Passmore, in his book Philosophical Reasoning, tried the fundamental question of whether there are special modes of reasoning which are characteristic of philosophy. After noting that a “philosopher(s) spends a great deal of his time in describing, or classifying, or defining, or analyzing, or disproving”, he reminds us of some familiar facts of everyday life. An illustration may be relevant here.

When I say I have a mind, I make a simple commonplace statement. But when asked to state in precise terms what the word ‘mind’ means, we may have to pay attention to simple facts which the statement either ignores or takes for granted. If a doctor opens up any part of the body, he will never come up with a physically located entity which he labels mind. This is a well-known fact. But is this mind then a spiritual entity or is it a process in the brain? Or is man just a physical body without any object which is called mind?

As a second example, Democracy preaches freedom. Hence, a society in which no laws prevent anybody from sending his/her child to school can be said to run an educational policy that recognizes freedom.

Welcome to School Drillers. We are Online Educational Hub Designed to Propagate Learning Skills and Information Services And To Provide Educational Resources And Reliable Knowledge In All Aspects of Learning…..School Drillers is a Trusted Platform. 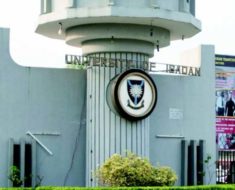 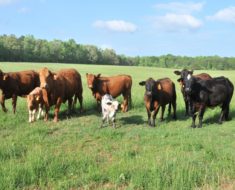 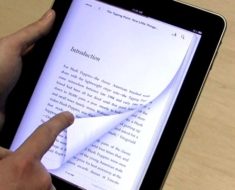 Welcome to School Drillers. We are Online Educational Hub Designed to Propagate Learning Skills and Information Services And To Provide Educational Resources And Reliable Knowledge In All Aspects of Learning.....School Drillers is a Trusted Platform.