Why Social Media groups are formed maybe that communication is seen as the central activity of every group depending on how the group is formed, organised and maintained. Individuals may have both positive and negative stories to tell about being a member of a social media  groups, but why and  how they are formed is an essential aspect to be considered.

Networks formed through social media change the way groups of people interact and communicate or stand with the votes. They “introduce substantial and pervasive changes to communication between organizations, communities, and individuals.”

An online social media group offers members the opportunity to establish and join groups of similar people and interests.

Why Social Media Groups are Formed

3.  Reinforcement: Social media Groups are formed for reinforcement. We are often motivated to do things for the rewards they bring. Participating in social groups provides reinforcement from others in the pursuit of goals and rewards. For example, a social media group can be form to mobilize people towards the same goal irrespective of the type of group.

5.  To attain goals: Businesses and company forms social media platform to attain their goals. Some maybe directed on creating awareness while some may just for the purpose of improving sales and generating more costumers.

6.  Education and Entertainment:  Some social media groups are created for education and learning purposes. An institution, students, tutors, creates social groups to pass information and disseminates knowledge and learning services within the digital scales.

7.  Economic empowerment: Social groups such as career group, entrepreneur and government public group are form for social mobilization or attainment of individual development.

There are several benefits that social media group formation enhances. Some of the benefit is as follows:

The primary group consists of members who engaged in an intimate relationship. In this sense, intimacy centers on the use of several interpersonal communicative behaviors such as self- disclosure, empathy, trust, and perceived understanding. In a primary group, membership is based on sentiment. Two examples of a primary group are your family and your close circle of friends.

The service group composed largely of volunteers who donate their time, energy, and effort to help others in need of a particular service or who lack something that would help them lead a functional life. Although volunteers may belong to a service group for any number of reasons, a service group’s task is to help someone less fortunate. An example of a service group is Lion Club, International Red Cross Society etc

Activity Groups are ones we form for the purpose of participating in activities. Many students in campus belong to many groups that are formed for the sole purpose   of doing activities

These groups come together to develop personal insights, overcome personal problems, and grow as individuals from the feedback and support of others. There are many personal growth groups available for helping people develop through group interaction with others.

These groups are created for the express purpose of solving a specific problem. The very nature of organizing people into this type of group is to get them to collectively figure out effective solutions to the problem they have before them. 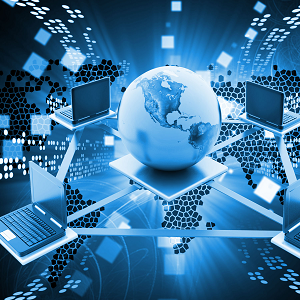