African Periwinkles – Periwinkles are related to limpets, whelks, and other marine snails, is the most common snail in Rhode Island. A single spiral shell that grows with their bodies protects these small snails. 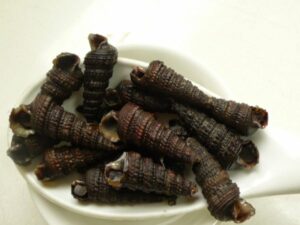 Periwinkles are found in many parts of the world. However, they are considered a delicacy in most African and Asian cuisines.

African Periwinkles or Nigerian periwinkle is used in several delicacies like Edikang Ikong and Afang soup in Nigeria. This delicious seafood is sumptuous to behold.

The body includes a fleshy foot, a short tail, and two antennae on the head. The cream-colored foot of the common periwinkle is divided into a right and a left half, which the snail moves alternately as the muscle ripples forward.

Their stalked tentacles are sensory organs that are used to see and taste.

There are three types of periwinkles. The Includes:

Smooth periwinkles are very smooth, they have a flattened spire and they can be a variety of colors – solid yellow to striped to brown, colors that all camouflage them nicely in the rockweeds they call home.

What  Does Periwinkles Eat?

Periwinkles are herbivores, using their file-like tongue, the radula, to feed on diatoms and algae attached to intertidal rocks.

The common periwinkle breaks down its food by mixing it with mucous on the radula before bringing the food into its mouth.

How To Cook African Periwinkles

Cooking periwinkles is simple. Just throw them in boiling water with a little salt for about seven minutes, drain, and remove the meat by stabbing with a toothpick or pin and pulling gently.

Through tiny, the body is surprisingly long, ending in a curling tail that is usually coiled around the upper spiral of the shell.

Once cooked the periwinkle’s operculum will easily detach from the body and resembles a flake of mica. you can dip the meat in garlic butter or just eat it plain.

The taste is similar to a steamer but with a more inviting texture. I quite enjoy them. 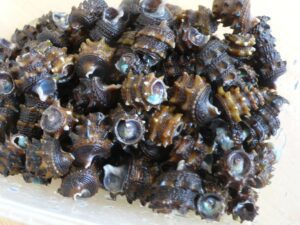 Get your periwinkles from a good source. It can be freshly from the river banks or from the seafood market

Perform the first cleaning of the periwinkles by completely immersing them in water for about one hour. Then rinse them very well and pour away the dirty water. Apply another clean water and rinse again.

Now start cutting off the tail end of each periwinkle to make it easily removable either by sucking or by removing with a needle.

After that, immerse it in water again and rinse. Do this again and again until you notice the dirt are no more.

Now boil the periwinkles for s few minutes. This will help in further removing dirt attached to the shell. After that, drain away the boiling water and remove the meat from the shell with a small sharp object like needle.

Now that you are done washing and cleaning the periwinkles, put them inside a pot and boil again for about 10 minutes. You can now add salt, ginger and your favorite seasonings to make it tasty.

Your Periwinkle is now ready. You can go ahead and add it to your Okoro Soup, Vegetable Soup, Afang soup, Edikang Ikong or Banga Soup and enjoy.

Interestingly, you can equally use it to prepare a special delicacy called “Periwinkle Sauce” or simply “Perry Sauce” which can be made by adding fresh red pepper, red oil, spices, Ugba, crayfish, magi and beef.

This marine seafood is in high demand and it’s eaten because of its well known nutritional values which are listed below;

The Nigerian Periwinkle snail is good source of iron. As you already know, Iron is required for the formation of red blood cells and carrying energy around the body. A deficiency of iron can lead to anemia and extreme fatigue.

The function of Phosphorous in the body is to act as a channel of energy used for the metabolism of fats and starches. Phosphorous also helps in the growth of healthy teeth and gums.

Those are the top nutritional benefits of Periwinkles to the human body.

Now let’s look at how to prepare periwinkle for consumption.

Littorina littorea (Periwinkle) has high level of calcium CaCO3 (88.22 ± 0.75% and 85.38 ± 0.80% respectively) and a relatively low but substantial level of magnesium MgCO3 (10.25 ± 0.42% and 9.43 ± 0.60% respectively). Its calcium content in particular is needed in the body for maintaining strong bones and healthy teeth. Children should be fed with periwinkles for building heathy bones and maintaining strong body structures.

Interestingly, the amount of Omega-3 fatty acids in periwinkles is more than the daily requirement of an adult human.

Omega-3 fatty acids is important to human beings because it help improve your brain health by aiding the development of cell membranes in the nervous system. This as well helps in improving your memory.

Therefore, eating periwinkles will increase the amount of omega-3 fatty acid in your blood and lowers levels of triglycerides and LDL cholesterol in the blood.

If you are looking for one of the ways to fight cancer, then you should consume periwinkles because it contains Selenium which is a nutrient that fights diseases such as cancer, reproductive and heart disease. Selenium and vitamin E works together to form a very powerful antioxidant that helps to prevent the aging and deterioration of tissues through oxidation.

So you can see, eating periwinkle can help you appear younger and maintain a smooth skin.

Additionally, Selenium is important for the good performance of some vital body organs such as kidneys, liver, pancreas, and testes.

Another nutrient available in Periwinkle is magnesium which plays important role in over 300 enzymatic reactions in the body including the synthesis of fats, proteins and nucleic acids, neural reactions.

Periwinkle is a very good source of protein. It contains about 15% protein which is vital for preventing deadly diseases like kwashiorkor and marasmus in the body caused by protein deficiency.

Periwinkles contains vitamin A, vitamin E, vitamin B1, B3, B6, and B12 which are very vital to body development. For instance, Vitamin A is needed for good eye sight while vitamin E can act as an antioxidant and also improve ones reproductive health. Likewise, Vitamin B1, B3, B6 and Vitamin B12 is an essential vitamin needed to prevent and control diabetes.

Other vitamins that can be found in Periwinkles is niacin and folate. Niacin for instance helps in carbohydrate metabolism to produce energy, and folate is good for pregnant women in developing a healthy fetus.

Choline is a key component of human nervous system, and this nutrient is needed to maintain healthy brain function.

Where Is African Periwinkles Found:

The common periwinkle is mainly found in sea, rocky shores in the higher and middle intertidal zone. It sometimes lives in small tide pools. It may also be found in muddy habitats such as estuaries and can reach depths of 180 feet.

Despite serious safety concerns, periwinkle is used for “brain health”. 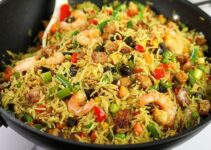 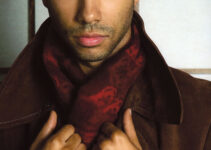