Technological Dimension of Development: The word, technology, is derived from the Greek word “technologia”, which embodies the terms techne, meaning craft or an art, and “logia”, meaning study or an area of study. Thus, technology means a study of the science of crafting, with crafting understood as a specific  form  of knowledge of doing something. Technology, thus, consists in the human use of the knowledge of tools and crafts to solve existential problems, meet basic human needs, and perhaps put the environment firmly under human control.

Technology may also be described as a process through which humans design tools and modern machines to improve his capacity for production and adaptation to the environment. It is both an expression and product of the human efforts to cope with his physical and social environments. Since the industrial revolution in the 17th century in Europe, technology has brought immense benefits to human society and enhanced the quality of life in many ways. Indeed, it is the means by which human society has been radically transformed, with people from very distant geographical locations brought closer by means of technological  advancement  in  communication. This, no doubt, has enhanced development in the areas of economics, politics,  and entertainment among others.

Technology has also empowered humans to have control over the environment in ways that have enhanced human well-being. For instance, food production and distribution has been greatly improved through the production and use of industrial tractors, fertilizers, chemicals for pest control and modern means of transportation.

In addition, technology facilitates the production of items that promotes human survival and wellbeing in ways that render them easily affordable and available to the majority of the people that need them. In the area of health, there is great improvement in the quality of  medical  services provided due to technological advancement.

Technology also has a negative impact on society. For instance, its critics are quick to point out that it has brought about an unequal exchange of products and has also become an instrument of power relation that empowers industrialised nations to exploit and dominate those that are not industrialised. In a sense, it is also seen to be responsible for such social problems as increase in crimes, unemployment, loss of spiritual values and environmental pollution. 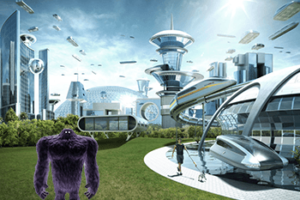 However, the problems associated with technology appear to be more of a product of the human disposition to and the use to which it has been put. This has led to the realization that the pursuit  of technological advancement without sufficient ethical considerations and moderation portends ill. For technology to effectively yield development in society, it must be human centred and also environmentally friendly.

Thus, technological innovation should not be pursued as an end in itself, but as a means of enhancing human wellbeing. Neither should it be embarked upon purely for its economic utility,  in conformity with the logic of profit or economic expansion without end, without considering its impact on the wellbeing of the entire human community and not just some parts. It should also  not be pursued with the aim of acquiring or maintaining military power and domination.

Rather, technology should always be geared towards the improvement of the quality of  human  life in ways that would facilitate peace and justice.