Adebayo Ogunlesi Airports. I’m sure this name may seem strange to you and I believe  Adebayo Ogunlesi is certainly not one of your ready-to-come-to-mind glittering billionaire but that’s the man who dusted the fast dilapidating Gatwick International Airport in London and turned it into a state-of-the-art affair, making it one of the best airports on the planet after acquiring it for a dizzying £1.51 billion.

In this article we would take you through everythings you need to know about Adebayo Ogunlesi Airports and the general  profile of Adebayo  including his net worth. We have make our research and everything outlined below are true information.

Ogunlesi is from Makun, Sagamu, Ogun State in Nigeria. He is the son of Theophilus O. Ogunlesi, the first Nigerian professor of medicine at University of Ibadan. His family is of Yoruba origin.

Ogunlesi was the former head of Global Investment Banking at Credit Suisse First Boston before being promoted to Chief Client Officer and Executive Vice Chairman.

Ogunlesi is from Makun, Sagamu, Ogun State in Nigeria. He is the son of Theophilus O. Ogunlesi, the first Nigerian professor of medicine at the University of Ibadan. His family is of Yoruba origin.

According to Wikipedia records, Ogunlesi went to King’s College, Lagos, a secondary school in Lagos, Nigeria. He received a B.A. with first class honors in Philosophy, Politics and Economics from Oxford University in England.

Some Facts About Adebayo Ogunlesi

In 2002, Ogunlesi was appointed Global Head of CSFB’s Investment Banking Division. Also in 2002, he served as a member of Credit Suisse’s Executive Board and Management Committee.

From 2004 to 2006, Ogunlesi was Executive Vice Chairman and Chief Client Officer of CSFB.

The Nigerian press has given him the nickname, “The Man Who Bought Gatwick Airport.” GIP also owns Edinburgh Airport, which they bought in 2012. He has a close ties with US president, Donald Trump.

He is the Nigerian Who Bought Gatwick Airport. Adebayo Ogunlesi, 56, is the chairman and managing partner, Global Infrastructure Partners (GIP), an independent investment fund based in New York City with worldwide stake in infrastructure assets, has been reported to be the new owner of the London Gatwick Airport.

Adebayo Ogunlesi may not ring a bell in Nigeria like that of Dangote, Adenuga etc but in the UK, he is an icon, a trailblazer in the aviation industry, he is seen someone who broke the jinx and brought the world’s second largest airport,

The Gatwick Airport and also he bought 4 more all in the UK. Ogunlesi is a man who doesn’t believe in making noise or a media freak, he is someone who lets his work speaks for him.

As Nigeria is planning to have its national carrier in December, Nigeria Air, what about we having someone like Adebayo Ogunlesi to help remodel our airport as he was able to transform the Gatwick Airport into a world-class business and tourist airport especially Muritala Muhammed Internation Airport in Lagos.

How Many Airports Does Adebayo Ogunlesi Have?

The number of  Adebayo Ogunlesi Airports is estimated to at least 5 Airports in the United Kingdom.

In 2009, GIP acquired the majority in London Gatwick Airport in a deal worth £1.455 billion. The Nigerian press has given him the nickname, “The Man Who Bought Gatwick Airport.

There is a spirit called the spirit of excellence which is associated with every Nigerians irrespective of where we find ourselves anywhere in the world.

Adebayo Ogunlesi Networth as we  Estimated earlier is  to be at least $12.5 million dollars as of May 7, 2019.

He is a Nigerian-born lawyer and investment banker. He is currently Chairman and Managing Partner at the private equity firm, Global Infrastructure Partners (GIP) which he started in July 2006.

He gained notoriety in 2006 when GIP bought London City Airport and later in 2009 when the same firm acquired the majority in London Gatwick Airport in a deal worth £1.455 billion.

GIP also owns Edinburgh Airport which they bought in 2012 and Nuovo Trasporto Viaggiatori bought in February 2018. He served as President Donald Trump’s adviser for some time.

When passing through London’s Gatwick Airport, travelers, no matter what race or nationality should be proud to learn that one of the world’s most recognized airports is now owned by a Nigerian because this is certainly a testament to how far we have come as a global society. 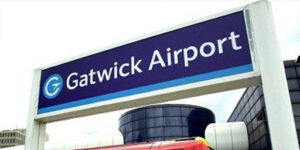 The Gatwick deal is a £1.455 billion agreement with BAA Airports Limited and Ogunlesi, who is the founder, chairman and managing partner of Global Infrastructure Partners, an independent investment fund based in New York City with worldwide stakes in infrastructure assets.

GIP will be investing through Ivy Bidco Limited, a limited liability company registered in England, established for the purpose of making this acquisition. Bidco will pay cash for the entire share capital of Gatwick Airport Limited on a cash-free, debt-free basis.

The sale of Gatwick to GIP, which is subject to approval by the European Union, is due to be completed by the end of the year. 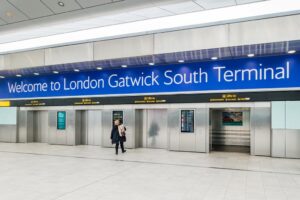 Adebayo O. Ogunlesi serves as Lead Independent Director of the Company. Since July 24, 2014.

Chairman, Africa Finance Corporation, Member of Board of Trustees, New York-Presbyterian Hospital, Member of National Board of Directors,

The NAACP Legal Defense and Educational Fund, Inc., Member of Advisory Board, Smithsonian National Museum of African Art, Member of Board of Directors, Partnership for New York City Fund,

Member of Board of Directors, Americans for Oxford, Law Clerk to the Honorable Thurgood Marshall, Associate Justice of the United States Supreme Court (1980-1981). Mr. Ogunlesi is a graduate of Oxford University, Harvard Business School and Harvard Law School.

Adebayo Ogunlesi came through as one of the new diversity hires of the American President Trump.

A super brilliant, rich Nigerian popular and highly respected for his ever refreshing business acumen, he is known as “the man who bought Gatwick” Airport.
The Nigerian billionaire and investment banker, Ogunlesi  joined Trump’s cabinet as part of a policy and strategy forum, which is poised to help Trump bring back jobs and “make America great again.”
Officially, he is the chairman and managing partner of Global Infrastructure Partners (GIP), a New York-based private equity firm, with over $35 billion assets under investment. As part of their investments, the company operates London’s Gatwick Airport. 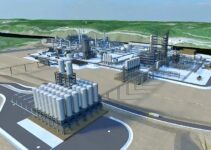