Economic Development through Globalisation in Nigeria is a research compile in a PDF format. It is made available here for information and research purpose. 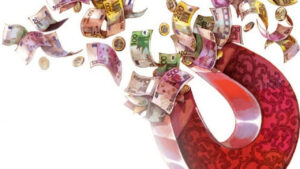 Economic Development And Globalisation In Nigeria.

With the advent of globalisation and especially since the end of World War II, the World has become a much smaller place where interaction between different countries has led to a situation where a country’s economy and development are not only in the hands of the ruling Government but is highly influenced by international organisations where international rules and legislations reign.

Globalisation is a highly controversial process which has come under much criticism in its current Neo capitalist form and comes to a surprise to Economists and Policy makers who are highly convinced of the benefits this form of globalisation can bring to the developing world.

The effects of globalisation can be seen on Economic Development within a country. Many highly globalised Developing countries have not been able to profit from globalisation and are still facing the same problems they have been facing for many decades.

Western organisations have throughout the years increased their commitments in developing countries due to this being more profitable for them, one reason being due to the large quantity of resources found in these parts of the World.

However, looking at the current situation in countries such as Nigeria, it’s commonly believed that Economic Development has not attained the results which one would have hoped for with the introduction of international organisations.

Our objective in this study is to analyse the impact Multinational Companies and International Financial Institutions have on the Economic Development of Nigeria through three variables later defined.

Our choice of Nigeria as our focus country is due to its ideal background for analysing the effects of globalisation. Nigeria is a country of immense natural resources however it is still a very poor country.

Furthermore the weakness of Nigerian governments has facilitated the insertion of foreign organisations in the form of MNCs and IFIs.

We have selected Shell as an MNC (Multinational Company) and the International Monetary Fund (IMF) as an International Financial Institution (IFI) for our thesis as they both are immensely influential on the country and as we have discovered, have a great impact on Economic Development.