Highest Paid African Football Players 2021 – African footballers who play in Europe’s most famous clubs are among the highest-paid players in the world. This is not so much a surprise as the African continent is full of potential. 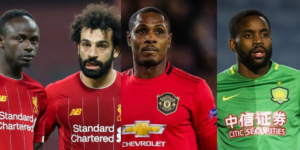 In recent times,  African players are making their mark in the world when it comes to football and receiving worthy amounts to play.

Africa as a continent is endowed with players with amazing talents. Every African kid especially the males in one way or the other play football for leisure.

A few take it seriously by joining a colts club or lately an academy to polish their inherent skills.

A few out of the people with the zeal to play football to the highest level are however, able to get the breakthrough by playing for some of the giants in their country, with the anticipation of landing a lucrative contract in the future.

From Sadio Mane and Mohammed Salah’s contribution to Liverpool’s EPL win this season to Alphonso Davies being instrumental in Bayern Munich’s championship win, African players have proved that they deserve every penny paid them.

Therefore, here’s the list of Highest Paid African Football Players who often play in the Premier League, La Liga, Bundesliga, Series A, and every other top league in Europe. 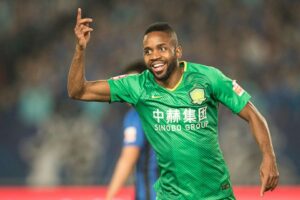 Were you expecting the highest paid to be from a European League? Sorry to disappoint you.

Cedric Bakambu moved to the Chinese Super League side Beijing Guoan in February 2018 from Villarreal at a fee of £65 million. This makes him the most expensive African footballer.

The Democratic Republic of Congo international earns £307,000 per week.

The striker is also the third highest-paid player in the Chinese Super league. The Brazilian duo of Oscar and Hulk are the only two earning more than him. 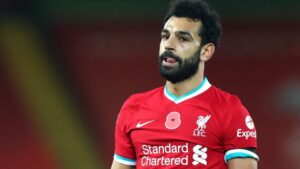 The Egyptian popularly referred to as Mo Salah has been very instrumental in Liverpool since he arrived three seasons ago.

Salah is currently paid £200,000 per week at Liverpool. He has contributed greatly to the feats achieved by Liverpool since he arrived at the Club.

He was named the African Footballer of the Year for 2018. He also became the first African to score 30 goals in a Premier League season in his first season at Anfield. 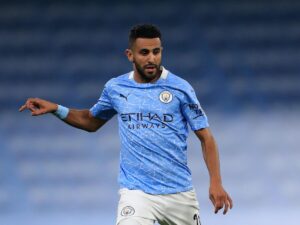 The Algerian joined Manchester city last year in the summer from Leicester city signing a 5 year deal. The midfielder has been one of the continents best players for a while now. 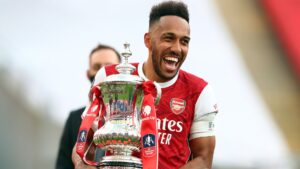 Aubameyang joined Arsenal in 2018 from Borussia Dortmund. He signed a deal worth £56 million making him one of the top-earning Africans in Europe. The Gabonese forward Aubameyang earns about £200,000 weekly at Arsenal. 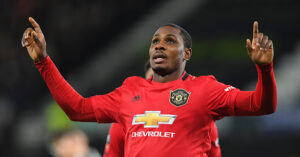 Ighalo is currently the highest-paid Nigeria player. He is currently on loan at Manchester United. He earns £190,000 in a week. He was reportedly taking home £300,000 per week in China. 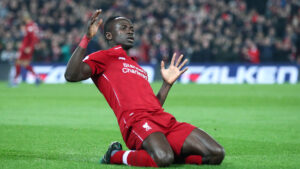 The Senegalese winger has been in spectacular form this season for Liverpool.

John Obi Mikel is no stranger to lists of highest paid African footballers. Following his 10 remarkable years with Chelsea he joined Chinese club Tianjin TEDA in 2017. 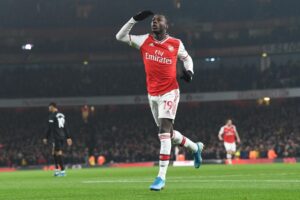 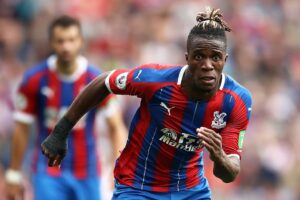 The Crystal palace forward was born in Ivory coast but grew up in England. He has been representing Ivory coast since 2017 after switching allegiances.

Zaha has been an important player for Crystal palace since returning to the club from Man united and recently signed a new long term contract. 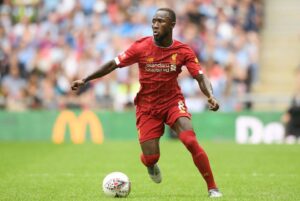 After a stellar first season with RB Leipzig Naby Keita Signed a pre-Contract with Liverpool in 2017 which see him join the Reds at the end of 2017/2018 season.

We Believe This Article Was Helpful, Don’t Hesitate To Share This Information With Your Friends On Facebook, Twitter, Whatsapp and Google plus. Copyright Warning: Contents on this website may not be republished, reproduced, redistributed either in whole or in part without due permission or acknowledgement. All contents are protected by DMCA. The content on this site is posted with good intentions & information purposes. If you own this content & believe your copyright was violated or infringed, make sure you contact us via This Means to file a complaint & actions will be taken immediately. 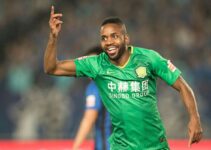 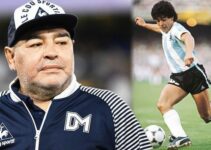