Yoruba people are the most educated tribes in Nigeria closely followed by Igbo. The sole criteria for ranking yorubas as most educated is vested on the percentage that they got highest number of scholars in the academic levels and also hold many higher position in private and public enterprise home and abroad.  Hausa are also coming up. With the current trend, they may close the gap in the next 20 years. But definitely can’t overtake Yoruba and Igbo.

Despite the fact that more Yoruba produces higher number of scholars than Igbo, Igbo today seems to be producing more World-class scholars than Yoruba in recent times.

In the literary world for example, Soyinka is more world-class than any other Nigerian, but if we give Soyinka first position, the next 2, 3 or 4 positions will be taken by Igbos in Achebe, Ekwensi etc. Honourable mention to the north’s Abubakar Gimba.

In Economics, the nation’s finests are also Igbo in Soludo,Okonjo Iweala,ezekweli etc, although Yorubaman Sam Aluko was the reference point in Economic scholarship in the 70’s through 80’s. Today, Igbos rule.

So let me conclude by saying while Yoruba value education more than any other tribe and are ready to spend their last penny to get their children educated, head to head Igbo beats any other tribe in terms of world class rationality.

Most Educated Tribe In Nigeria 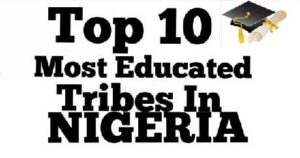 Here’s the list of most educated tribe in Nigeria presently:

As we started earlier,  Yorubas are indeed most  educated tribe in Nigeria and you will agree with me that they deserve a position.

It had also been said that this ethnic group have the highest number of professors. Aside this, many of the top management position in companies are been headed by the Yorubas.

One would argue that this was as a result of them been the first to be open to western education. Well, whatever may be the case, the Yorubas are  the most educated tribes in Nigeria.

This tribe is synonymous with one thing- Business! Doing business is their thing and they are found in all the crannies of the country and even in the world at large.

It had been said that any place you come and can’t find an Igbo man then relocate, nothing good is there. However, aside business, this people also have a flare for education and are one of the most educated tribes in the country.

Hausa’s are also among the learned tribe in Nigeria. You might be surprised as to why this tribe is on this list but they have a very high success rate when it comes to politics in the country.

However, because of their numbers, high population and culture, a lot of them are left out but for the ones into it, they have proven their tribe is not a back sitter in academic issue. I don’t want to start mentioning names just as I purposely didn’t mention in the ones above but I tell you this,

The Hausa speaking tribe is one of the most educated in the country.

Talking of civilization, the Edo tribe is one of the most civilized tribes in the country due to the high rate of their illegal migration to overseas and other reasons.

However, someone can claim to be civilized but not educated. The Edo people are civilized and educated and can be said to be one of the most educated people in the country.

This is the first tribe from the Niger Delta region that are among the best educated tribes in the country. You can’t away education from this people.

I have avoided calling names all this while, permit me to say your former president is an Ijaw man.

This people are schooled just as other Niger Deltans and are one of the top 10 most educated tribe in the country.

While we do not see the Calabar people as educated, they actually are! Forget their funny intonation and how Nollywood portray them, they are educated.

This tribe has a domineering nature in Delta state and this even includes in the area of education. Go there and see each family name their own professional.

This tribe also hail from the Niger Delta region and are also among the best educated tribes in the country.

This is a minority tribe from the Niger Delta region that may not be well known but are actually educated and made it to our list of top 10 most educated tribes in Nigeria.

The Itsekiri people are also from the Niger Delta Region just like the Urhobos. This tribe is also one of the most educated in the country.

If a man is not educated here and he has the means, his children will!

Most Educated State In Nigeria

The most educated state in Nigeria is Lagos state. this is sorted by deduction and it is  based on the internet usage. Over 14 million people from Lagos state uses internet. This is huge compared with the numbers from other states. Such as:

The correlation between education and social media usage is because I believe  the internet is  reserved for the literate. The unlearned can’t even operate a smart phone, let alone a PC, Although my perception may be wrong but there’s sense in my saying. 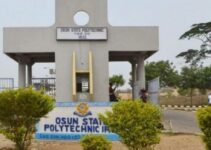 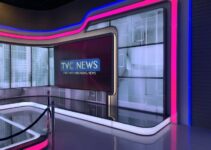 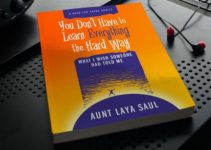