The top 10 world’s most successful lawyers have formed that high caliber of popular law professionals that everyone including the kids want to be like. Undoubtedly, lawyers are no ordinary set of people. They are admired for their skills in sophistry, rhetoric, and eloquence of speech. No wonder, most of those who are here considered as the most successful lawyers are mostly found as luminaries in the political arena of the world. While some are senators, some are presidents and true leaders of their different parastatals.

The majority of these top 10 world’s most successful lawyers are recorded as successful following their several feats and display of acumen, and as so, they have easily gained the hearts of the majority who at the end of the day, out of mere admiration, have voted them in and considered qualified for consistent patronage.

These are the number of those who have through their persistence, hard work, and consistency in their field and profession been accurately highlighted as the top 10 world’s most successful lawyers: You may have wondering how Barack Obama is here counted among the list. It is certainly because of the fact that he is a graduate of law from the Harvard Law School, after which he became a civil rights attorney and an academic, teaching constitutional law at the University of Chicago Law School from 1992 to 2004. As one of the top 10 world’s most successful lawyers, Eric Holder was born in January 21, 1951. He is an American lawyer who served as the 82nd Attorney General of the United States from 2009 to 2015. Holder, serving in the administration of President Barack Obama, was the first African American to hold the position of U.S. attorney general. Hillary Diane Clinton was born on October 26, 1947. She is an American politician, diplomat, and former lawyer who served as the 67th United States secretary of state from 2009 to 2013, as a United States senator representing New York from 2001 to 2009, and as First Lady of the United States from 1993 to 2001 as the wife of President Bill Clinton. 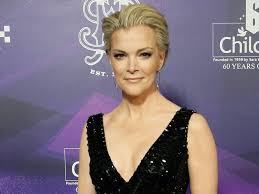 Another example of the top 10 world’s most successful lawyers is Megyn Kelly who is an American journalist, attorney, political commentator, talk show host, and television news anchor. She became more popular for the fact that she is a tv host, discussing things related to legal insights. She currently hosts a talk show and podcast, The Megyn Kelly Show, that airs live daily on SiriusXM. She was a talk show host at Fox News. Ertharin Cousin, as one of the top 10 world’s most successful lawyers, is an American lawyer who served as the twelfth executive director of the United Nations World Food Programme from 2012 to 2017. She is also a distinguished fellow at the Center on Food Security and the Environment and the Center on Democracy, Development and the Rule of Law, and also became a trustee on the UK based Power of Nutrition Board of Directors. Ertharin served from 2009 to 2012 under President Barack Obama as the United States Ambassador to the United Nations Agencies for Food and Agriculture, serving in Rome, Italy, and chief of the United States Mission to the UN Agencies in Rome. Vladimir Putin is the serving Russian President and his background brought to mind the fact that he studied law at the Leningrad State University named after Andrei Zhdanov (now Saint Petersburg State University) in 1970 and graduated in 1975. His thesis was on “The Most Favored Nation Trading Principle in International Law“. After graduation from the Law school, Putin joined Professor Sobchak in teaching law even as a trained lawyer himself before he finally he made out to work with the KGB. Today, he is one of the top 10 world’s most successful lawyers. An American attorney, politician and diplomat who is the first United States special presidential envoy for climate, and member of the Forbes family and the Democratic Party, Kerry served as the 68th United States secretary of state from 2013 to 2017 under Barack Obama wo’s also one of the top 10 world’s most successful lawyers. John Kerry has a record of being one of America’s known finest speakers who throughout his years in the political scene of the country has both being a defendant and of course a prosecutor.