Active Mobile Network In Nigeria are competitive in their services to the masses. Nigeria has Africa’s largest mobile market, with about 173 million subscribers and a penetration rate of 123%.

The number of subscribers fell in 2017 as consumers responded to a poor economic climate and as regulatory measures continued to oblige operators to disconnect unregistered SIM cards, though growth into 2019 was strong.

The initial rapid growth in the number of subscribers had led to problems with network congestion and quality of service, prompting the regulator to impose fines and sanctions on network operators.

These operators have responded by investing billions of dollars in base stations and fibre transmission infrastructure to support the increasing demand for data.

The migration from the CDMA platform to GSM technology is almost complete, and though GSM still dominates the market there is a growing shift to services based on LTE. Although LTE coverage remains relatively low, investment among operators is extending the reach of services and is helping to develop consumer use of mobile data services.

Efforts are also being made to encourage network sharing and to outsource the management of tower infrastructure to third parties.

There remains considerable growth potential in rural areas where the provision of network infrastructure and operations is expensive, and consequently where mobile penetration is lower.

The government’s plan to increase broadband penetration to 70% by 2021 largely depends on mobile infrastructure.

As part of the Active Mobile Network In Nigeria, these are the largest and most used network in Nigeria presently:

MTN holds the largest share of the mobile market, accounting for 44% of total mobile subscribers, followed by Globacom, with 21%, Airtel, with 20% and Etisalat, with 15%, according to the NCC.

A growing number of Nigerians access the internet via their mobile phones, which is helping to improve operator revenues.

Globacom Limited, commonly known as glo, is a Nigerian multinational telecommunications company founded on 29 August 2003 by Mike Adenuga is the second largest in Nigeria. As of June 2018, the company employs more than 3,500 people worldwide.

Nigerian-owned Globacom has been active in the country since 2003. As of January 2015 it had 28.49m subscribers, which represented 21% of the total domestic mobile market. Like its competitors, Globacom has invested heavily in its home market in recent years.

In 2013 and 2014 it carried out a complete infrastructure overhaul, upgrading more than 3000 existing base stations to boost both voice and data coverage. “Currently, 43% of our telecoms sites are 3G,” Bisi Koleosho, Globacom’s head of operations, said in May 2014.

“In the next six months we will have 90% 3G coverage in Nigeria.” In 2014 Globacom announced that it planned to sign a $100m contract with an original equipment manufacturer to add 1500 new base stations throughout the country.

Bharti Airtel Limited, also known as Airtel, is an Indian multinational telecommunications services company based in New Delhi, Delhi NCT. It operates in 18 countries across South Asia and Africa, and also in the Channel Islands.

Airtel is Nigeria’s third-largest player, with 27.99m subscribers in January 2015, equal to 20% of the mobile market.

Airtel Nigeria is a subsidiary of Indian telecoms conglomerate Bharti Airtel, which entered the market in 2010 after buying all of Kuwaiti telecoms firm Zain’s African assets for $10.7bn.

Since then Airtel has steadily gained market share in Nigeria, on the back of infrastructure investments worth more than $1.7bn between 2010 and 2014.

At the World Economic Forum on Africa, held in Abuja in May 2014, Sunil Mittal, Bharti Airtel’s chairman, said that Nigeria remained a key market for the firm, despite the competitive domestic operating environment.

“The taxes are very high. They need to come down,” he told local media. “We don’t have designs to expand at the moment, but in the countries that we operate we are strengthening our position.”

Etisalat is a mobile phone network based in the UAE that provides telecommunications around the world and is one of the most widely used networks in Nigeria.

The network known as Etisalat Nigeria has recently had a name change and is now called 9Mobile, but our ability to transfer airtime to this network quickly, safely and securely remains the same. 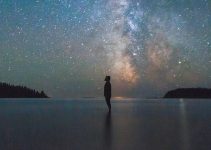 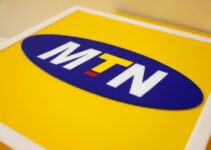