Your stubbornness might be attributed to an overall mistrust of others. Most people are not going to take advantage of you the second you stop fighting tooth-and-nail for your objectives. For the ones who do, it becomes apparent very quickly and you can distance yourself.

Having stubborn people in your life is a blessing. Stubborn people can be annoying, stressful and may drive you crazy. Your stubborn person could be the person who sits next to you at school, work or your own partner, brother, sister, friend, father or mother. Once you learn how to work with them and not against them, you will be shocked to discover how strong, smart and clever you are and they also are. Lets share knowledge about the those factors likely to triggers or causes stubbornness person.

7 Causes of Stubbornness (How to Deal With It)

Stubbornness mean refusing to change an opinion or course of action in spite of difficulty or urging, the person too stubborn to ask for help, difficult to handle and manage. Here the factors, causes of stubbornness person and how to deal with it.

Overconfidence lead the causes of stubbornness in person and can sometimes cause people to become rigid and even dogmatic. Instead of assuming that your way is the right or only way, try to keep an open mind. You might not always agree with other people, but it is important to listen in order to gain a new perspective

Several research has shown that there are many benefits to acting confidently. Confidence can motivate people to take on the risks necessary for achieving growth and prosperity. It can also improve social status and deter competition. But when confidence veers into overconfidence, that’s when it can backfire.

Metathesiophobia is the fear of change;  is a phobia that causes people to avoid changing their circumstances due to being extremely afraid of the unknown. It is sometimes associated with the fear of moving, also known as tropophobia.

Metathesiophobia, the fear of change is one of the causes of stubbornness in some people. Stubborn people are afraid of change. Whether they realize it or not, they perceive new situations as threats that should be avoided at all costs. As a result they become furious to any advise or influence which make them stubborn to make certain decision. Anyone who tries to impose a change on them could be viewed as an oppressor subconsciously.

what causes stubbornness most time is when someone can’t admit they are wrong, it can be very frustrating. It’s even more frustrating when you can’t think of a better  word than stubborn to describe them.

Stubborn people have trouble admitting when they are wrong. They would rather argue than suffer a blow to their ego. This is especially prevalent in fights between romantic partners.

Rigid thinking is characterized the causes of stubbornness by a desire for predictability, displaying difficulty with unmet expectations, feeling compulsions to do certain things, and in some cases exhibiting perseveration repetition of words, phrases, and gestures.

Stubborn people cheat themselves out of growth and transformation. They cling to past beliefs in a misguided effort to protect themselves from change.

When a person is a rigid thinker, they may prefer that things predictably happen the way they want, the same way, day after day. Of course, the world doesn’t always behave as we expect. Unpredictable circumstances can send your someone into a tailspin, as they may become emotionally overloaded by unfamiliar sensory experiences.

5. Argument Against the Person

Stubborn people lash out at those who challenge their ideology. They can’t speak with facts or figures (see #5), so they resort to personal attacks. This is very common in comment threads.

“Ad hominem” is a Latin phrase that means “to the man.” Politicians use ad hominem attacks all the time. Instead of addressing a point made during a debate, they expose a flaw in their opponent’s character to cast doubt on their point. This is not an ethical tactic.

Argument against the person trigger stubbornness in people because instead of addressing someone’s  position, you irrelevantly attack the person or some aspect of the person who is making the opinion.

6. They Practice Law of Identity

The concept of identity is important because it makes explicit that reality has a definite nature. Since reality has an identity, it is knowable. Since it exists in a particular way, it has no contradictions.

Stubborn people tend to practice this law at all time, they only read news from sources that confirm their biases. They don’t want to risk exposing themselves to conflicting information, because that could cause an identity crisis.

While listening to someone talk, you may think everything he says is wrong because you think you  know “the right way.” There is a distinction between facts and opinions. Your opinion is not the only one that matters, nor is all your knowledge necessarily correct. You have to accept that you learn something new every day, even if it overwrites something you thought you already knew. 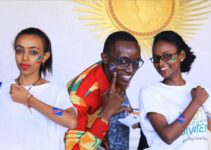 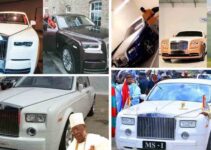 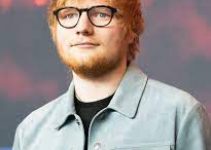