Ed Sheeran biography and net worth is definitely a very interesting topic to take interest in. Although Ed Sheeran has just hit the market of world music, at least not quite long he came to limelight, he has unstoppably sold around 150 million records worldwide. Thus, this magnificent talent in the history of pop music has made himself one of the world’s best-selling music artists, and yes, one of the greatest and highly rated in recent years.

This shining star is not just a great voice to be reckoned with in the music scene, he is an English singer-songwriter who has featured great like artists in his songs and, of course, has been featured by numerous local and international artists. He has, since then, begun to be seen by more people over the internet through YouTube and his fan base has expanded. His unique voice inspires a lot of rising star and also wakes the flowery impression which has motivated praise from both The Independent newspaper in London and Elton John, the English Singer.

Ed Sheeran Biography and Net Worth.

Ed Sheeran biography and net worth is a highlight of early and celebrity life of Ed Sheeran including his financial worth as a world’s most loved singer.

Edward Christopher Sheeran is popularly known as Ed Sheeran the Great Pop singer who hails from Halifax, West Yorkshire, England. He was born in 1991, February 17.  He spent his early childhood in Birchcliffe Road in nearby Hebden Bridge. Sheeran’s parents, John and Imogen, are from London. His paternal grandparents are Irish and Catholic to which Sheeran himself confirmed.

Ed Sheeran came from a family that has a relatively rich background in arts. While his father was a curator and lecturer at Cartwright Hall in Bradford, his mother worked at Manchester City Art Gallery culture publicist turned jewelry designer. Due to this, his parents ran Sheeran Lock, an independent art consultancy from 1990 to 2010. He has an older brother named Matthew, who works as a composer.

His family, due to a reason or two, finally moved from Hebden Bridge to Framlingham in Suffolk where Ed Sheeran attended the independent Brandeston Hall preparatory school (now Framlingham College Prep School) in December 1995. He later attended Thomas Mills High School which was also in Framlingham, the area his parents had moved into. In 2009 at the university level, Sheeran began studying music at the Academy of Contemporary Music (ACM) in Guildford, Surrey as an undergraduate at the age 18, but left without permission in the same year to support hip-hop artist Just Jack.

At the age of four, Sheeran sang at a local church choir and at eleven years of age, he would learn how to play the guitar. It was dutring the time he was in Thomas Mills High School in Framlingham that he began writing songs. A 2004 school report described him as a “natural performer”, and his classmates also voted him “most likely to be famous”. He was accepted at the National Youth Theatre in London as a teenager. He successfully auditioned for Youth Music Theatre UK in 2007 and joined their production of Frankenstein – A New Musical in Plymouth. He is a patron of Youth Music Theatre UK (now renamed British Youth Music Theatre) and of Access to Music, where he studied Artist Development Sheeran is a second cousin of Northern Irish broadcaster Gordon Burns, who hosted the British game show The Krypton Factor.

Sheeran began recording music in 2004, and at the age of thirteen independently released his first collection of work, titled Spinning Man. Since 2004 to this very moment, Ed Sheeran had begun releasing many more song albums with additional glories ascribed to both judging by their public acceptance record. Ed Sheeran’s songs are well appreciated purposely for the sonority of his voice and melody.

He has been friends with fellow English singer, Passenger, since he was 15, with the two playing the same gig in Cambridge before he moved to London in 2008 and began playing in small venues.

3. Ed Sheeran in the Theatre

Ed Sheeran is not only a singer, song writer, but he is also an actor who, in July 2017, participated in a scene on Game of Thrones opposite Maisie Williams, who plays Arya Stark.

Secondly in June 2019, Sheeran appeared as himself in a supporting role in the Richard Curtis/Danny Boyle film Yesterday, a film about a struggling singer-songwriter who wakes up to find that no one but he remembers the Beatles.

The singer is undoubtedly one of the richest singers in the world after the calculations of many of his material assets which are amassed by the accumulation of his wealth which came through his many song productions, acting, and songwriting. Ed Sheeran once made ,mention of the fact that he will never o hungry even if he stops singing because he has had enough to carry him through his present life and lifestyle.

Ed Sheeran currently is worth of a whopping 282 millions of USD. 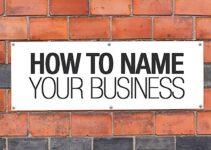 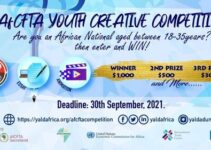 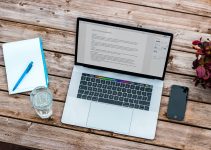