How to Motivate Yourself  and  deal with failure

Failure and rejection are inevitable in humans life. Everyone’s been there at some point, whether it’s not getting a text back from the guy you thought you hit it off with, finding out you didn’t get the job, or flunking that test when you studied so hard or your request has been turn down. Well , here are some strategies for recovering and thriving when a career goal you once covered slips away or when you are facing rejection and failure.

Rejection often triggers painful emotional doubts about our own competence and self-worth, so we either try to avoid it or pretend that it doesn’t matter,” according to Ron Ashkenas  “Rejection Is Critical for Success.” But it’s important not to dismiss how you are feeling. Being rejected hurts, and the physiological response it creates in our bodies and minds is akin to physical pain. The reason a negative reaction or rejection causes such strong emotions traces back to our primitive history, when having to leave the tribe after a rebuttal might have resulted in physical danger or even death. If rejection didn’t hurt, our ancestors might have put themselves in harm’s way by storming off into the path of a wild animal or an armed enemy. When you recognize that the emotions you feel are both primal and normal, it can help you move past the ache faster.

#2  Identify where the problems comes from

The first thing is to seek an explanation to your problem.  For example why did my classmates get hired and I haven’t? Was it something I do wrong or failed to do? Or was it that the interviewer couldn’t see my potential and the value I brought to the table? The reality is that when you aren’t chosen for an opportunity, the reason often is a problem with fit — such as a values mismatch between you and the other party — rather than something that you (or someone else) did wrong.

Being able to identify your problem in a perceived failure or missed opportunity can help you move on to bigger and better things — while maintaining your self-confidence in the process. As Wharton professor Adam Grant puts it: “We are more than the bullet points on our résumés. We are better than the sentences we string together into a word salad under the magnifying glass of an interview. No one is rejecting us. They are rejecting a sample of our work, sometimes only after seeing it through a foggy lens.”

#3  Burn away pride and arrogance.

Nobody is immune to pride and arrogance. To say you’re beyond pride and arrogance is a little…well…prideful and arrogant. Losing is the glass of water for that bitter pill of pride. But that unpleasant process gives birth to humility. Which is perhaps the most attractive and profitable virtue anyone can possess.

As the well known proverb goes, pride goeth before the fall. Rejection and loss exchanges pride for humility, and humility may be the saviour that keeps you from a truly damaging fall.

Following Dorie Clark’s rejection from PhD programs, she started writing and consulting, areas of strength and interest for her. Today she is the author of three best-selling books, writes for major publications, and has a thriving consulting business. Recognizing that a PhD wasn’t the only chance for success, Clark let go of her first dream in order to spot the next one, so she could maximize her talents without regret. If you look back for too long, rather than soldiering on in a direction where your talents can shine, you risk the possibility of neglecting fresh opportunities. Making a conscious effort to look forward rather than back can lead to personal growth and the discovery of creative options.

Everyone with passion and ambition is tragically plagued with superhero-syndrome. That becomes harmful when the candle is burning at both ends, drifting toward burnout.

When the word “help” disappears from your vocabulary, it’s found when you crash and burn. You’ll realize the skill of delegation is critical for your health and progress. The pain teaches us to move from viewing help negatively as a form of weakness, to positively recognizing that success is expanding your own capacity by forming a team. 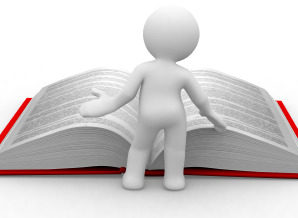