Home
Lifestyle
Ini Edo Net Worth in Dollars and Her Biography

Going by her much display of latest fashionable styles, cars, and other fashion accessories she is often seen on, Ini Edo net worth in dollars and her biography are the types of information which should serve your interest in getting a hold of  both her long years of hard work and fruits it yields.

Ini Edo is a popular Nigerian Nollywood actress who is recorded to be one of the greatest in the film industry, not only in Nigeria but also in Africa. She has featured in several high-taste films, both locally and internationally. Without pretense, Ini Edo is a lover of fashion and she is known for her constant appearance on national and international fashion magazines for her flair.

Her comely style on the public scene also makes her a constant ambassadors for different international brands.

Ini Edo Net Worth in Dollars and Her Biography.

Let us look into Ini Edo net worth in Dollars and her biography as it has become necessary for anyone with an aim to have the full grasp of the actress’ identity and financial worth in foreign currency:

Ini Edo’s real name is Iniobong Edo Ekim. She was born on the 23rd of April, 1982, and grew up to become a very popular Nigerian actress who began her film career in the year, 2000, and has featured in more than 100 movies since her role in her debut (Thick Madam) in 2003.

Ini is an Ibibio girl from Akwa Ibom state in the south-south part of Nigeria, not far from Calabar. The actress’s mother was a school teacher, and her father a church elder. Owing to this fact, it is to be agreed that she had a very strict upbringing. She is the second of four children, three girls, one boy.

Ini Edo was discovered by a producer at the audition she attended. Her breakthrough came in 2004 when she acted in World Apart. She has appeared in over 100 films. She earned a Best Lead Actress nomination at the 11th Africa Movie Academy Awards for her performance in the movie While you slept.

Ini Edo attended Cornelia Connelly College in Uyo, Nigeria, and graduated from the University of Uyo where she got a Diploma in Theatre Arts. She also furthered and completed her bachelor’s degree program at the University of Calabar where she studied English.

It was in 2014 that she got a scholarship to study law at National Open University of Nigeria.

In 2013, Ini Edo was a judge for the Miss Black Africa UK Pageant. In 2014, Miss Ini Edo was appointed by the United Nations as a United Nations Habitat Youth Envoy. Ini Edo, however, in 2017, made it clear that only hard work, delight and dedication can get one to the top in the Nollywood industry as there are many distractions. But she encouraged that with determination, one would get there.

Ini Edo got married to Philip Ehiagwina, an American-based business man, in 2008. The marriage however ended in September,  2014, after six years Ini Edo had had her first child, who happened to be a girl through surrogacy in the year 2021.

The Actress Net Worth in Dollars

There are controversies as to how much Ini Edo is worth in Dollars as a popular and rich Nigerian actress, given her accumulated asset and the many contracts she has had with different international companies. However, being one of the richest and most influential entertainers, Ini Edo (a divorcee) is calculated to be worth of 5.6 million in US Dollars. 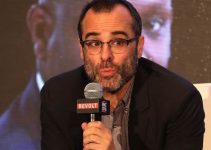