The name of PDP presidential candidate for 2023 election is the former vice-president Atiku Abubakar. He was presented by the People’s Democratic Party after he polled a total of 371 votes while his closest rival, Governor of River State, Nyesom Wike, scored 237 votes out of the 767 accredited ballots at the election.

Abubakar defeated 12 other candidates in a keenly contested presidential primary held at the Moshood Abiola Stadium in Abuja on Saturday, May 28, 2022. Among these candidates are the Nigeria’s former Senate President, Bukola Saraki, and Governor of Akwa Ibom, Udom Emmanuel.

Atiku’s victory at the primary is his second successive attempt, it also marked his fifth shot at the presidency. In the last eight years, the Adamawa-born politician also secured the ticket of the PDP in 2019 but lost at the general elections to the incumbent, President Muhammadu Buhari of the APC.

Of all the candidates who participated in the PDP primary election, Atiku Abubakar successfully emerged as the only name of PDP presidential candidate for 2023 election. In this article, we will be looking at a short biography, educational background, political reputation, and of course, the net worth of the PDP 2023 presidential candidate.

Atiku Abubakar was born on the 25th November, 1946 in a village in Jada. His father, Garba Abubakar, was a Fulani trader and farmer. His mother’s name was Aisha Kande.  Paternally, he is from Wurno, Sokoto State but his paternal grandfather later migrated to Kojoli village at Jada, in Adamawa State. On the side of the mother, his maternal grandfather called Inuwa Dutse migrated to Jada, Adamawa State from Dutse, Jigawa State.

Abubakar Atiku was the only child of his parents because his only sister died at infancy.

Abubakar enrolled late in the Jada Primary School, Adamawa. It was after completing his primary school education in 1960 that he was admitted into Adamawa Provincial Secondary School in the same year with other 59 students. He graduated from secondary school in 1965 after he made grade three in the West African Senior School Certificate Examination.

He studied a short while at the Nigeria Police College in Kaduna before he left. In 1966, he gained admission to the School of Hygiene in Kano. He graduated with a Diploma in 1967, having served as Interim Student Union President at the school.

In 1967 he enrolled for a Law Diploma at the Ahmadu Bello University Institute of Administration, on a scholarship from the regional government. After graduation in 1969, during the Nigerian Civil War, he was employed by the Nigeria Customs Service.

Mr. Abubakar Atiku is a Nigerian politician and businessman who served as the vice president of Nigeria from 1999 to 2007 during the presidency of Olusegun Obasanjo. He ran as governor of Adamawa State in 1990, 1997 and later, in 1998, being elected before becoming Olusegun Obasanjo’s running mate during the 1999 presidential election and re-elected in 2003.

From 1989, he has contested five times for the Office of President of Nigeria in 1993, 2007, 2011, 2015 and 2019 but was unsuccessful. In 1993, he contested the Social Democratic Party presidential primaries losing to Moshood Abiola and Baba Gana Kingibe.

Most recently in May 2022, he was chosen as the Peoples Democratic Party candidate in the 2023 Nigerian presidential election after he won the primaries.

4. Net Worth of the PDP 2023 presidential candidate

Currently, Atiku Abubakar is one of the richest Nigerian politicians. With his fleet of exotic cars and high-price mansions with other several businesses, he is worth $1.8 Billion. 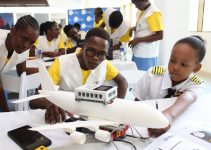 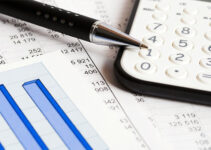 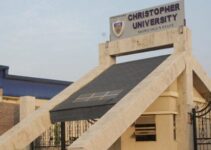