Nigeria Oil Industry-  Nigeria has served as an important alternative to Middle East oil in times of crisis. With reserves estimated at 37.2 billion barrels and production at 2.28 million barrels a day (ranking 13th in the world), Nigeria remains the largest oil producer in Africa

The Oil Industry of Nigeria

If anyone asks Chevron or Shell, for example,  how they feel about Nigeria, the response would probably be that they were tired of problems, at least if they were honest.

Pipeline vandalism, militant attacks on infrastructure, protests and lawsuits are among the issues that have plagued Nigeria oil industry for years.

Recently, the Nigerian government demanded more than $60 billion in back royalties under a production sharing agreement with the supermajors operating in the country. How did this happen?

History of oil in Nigeria

Oil was first discovered in Nigeria in the mid-1950s after decades of fruitless exploration. The country’s first field began producing in 1958 at a rate of 5,100 BPD. Production grew fast, and today, Nigeria pumps close to 2 million BPD, which makes it the largest producer of crude oil in Africa.

Nigeria joined OPEC in 1971 before it even had its own state oil company. That was formed in 1977 under the name National Nigeria Petroleum Company.

According to its OPEC file, the West African nation is home to 36.97 billion barrels of proven oil reserves as well as 5.675 trillion cubic metres of natural gas, which explains why the supermajors are not too tired of their problems in Nigeria.

The country exports most of the oil it produces even though it has a refining capacity of almost 450,000 BPD. While in the past it used to transport the most oil to the United States, now Nigerian oil goes mostly to Asia, Europe, and South America.

A joint venture of Shell and BP was the first to discover oil in Nigeria. To date, in addition to these two companies, the international players in the country’s oil industry include Exxon, Chevron, Eni, and Total.

The supermajor with the most prominent presence in Nigeria is Shell. The company, through its joint venture with NNPC and the local divisions of Total and Eni, accounts for half of Nigeria’s oil production.

Exxon comes next: the U.S. company has a 40-60 joint venture with the NNPC, which is the majority shareholder, and stakes in several offshore fields, including several deepwater blocks that have yet to be developed.

The third-largest oil player in Nigeria also comes from the United States. Chevron has stakes in both onshore and offshore fields through a JV with NNPC that has the same percentage distribution as Exxon’s.

Eni’s Agip, Total, and ConocoPhilips have a smaller presence in Nigeria, but they are nevertheless important players. Total, for instance, started production from one of the most significant newly discovered offshore fields in Nigeria – Egina – at the end of 2018 with plans to ramp up production to 200,000 BPD. The operator of Egina is China’s CNOOC: Chinese oil companies are expanding internationally, and Nigeria is one of the destinations, despite the challenges.

Most of the oil in Nigeria is concentrated in the Niger Delta, in the southern part of the country. That is also one of the poorest regions in Nigeria despite commitments both from the Nigerian government and the oil companies operating in the country to improve employment prospects for the local communities.

This state of affairs is coupled with few alternatives for making a living in Nigeria’s oil heartland, not least because of numerous leaks and spills from the pipelines that criss-cross the Delta. According to estimates from human rights groups, millions of barrels have leaked or spilt in the Niger Delta over the years. These leaks and spills have made a lot of arable lands unusable, depriving local residents of the option to make a living from farming.

The question of whose fault the spills are remains the topic of dispute between the local communities and the international oil companies. Local communities lean on the Nigerian law that says whatever the cause of a leak or spill is, it is the companies’ responsibility to clean up. The companies, for their part, argue that most of the leaks and spills are the result of vandalism that is difficult to keep track of constantly. The dispute continues as local communities sue oil companies for damages with mixed success.

Vandalism is a fact in the Niger Delta, like poverty and lack of prospects for the locals. For many, stealing crude oil from the pipelines and processing it at one of the many illegal refineries in the region is a means of earning a living. The government has been fighting the illicit refineries for years. Still, in 2017 it changed tack and decided to legalise the facilities instead, bringing what many see as a flourishing business in fuel-starved Nigeria to the light.

Militant activity in the Delta has been another consequence of the tense situation there. There have been many groups active in the Delta, attacking oil fields and infrastructure over the years. The most prominent among them in the recent past was the Niger Delta Avengers, which struck several pipelines and export terminals causing production and export outages, fighting, as its website proclaimed, for a fairer distribution of Nigeria’s oil wealth.

While the NDA’s methods were undoubtedly questionable, the rise in militant activity in the Delta coincided with the 2014 oil price collapse which plunged Nigeria into a recession. The government had little choice but to try and negotiate peace with the militants. While bumpy, this road has since 2014 led to a marked drop in attacks on oil infrastructure in the Delta.

The attacks on pipelines and terminals have dropped but so has oil production. Nigeria currently can produce more than 2 million BPD of crude oil. Still, it has been bound by the OPEC+ production cut agreement to produce less than that: according to OPEC, it was producing around 1.8 million BPD as of November 2019. How output will change now, with the current price war is a worry in an already oversupplied market.

During the first round of cuts, agreed in December 2016, Nigeria was exempted, along with Libya, because of the trouble it was having with the Niger Delta militants. After the ceasefire, however, Nigeria was asked to join its co-members in contributing to the overall cut in production.

Despite this contribution, the second round of cuts has failed to push international oil prices much higher, betraying the expectations of most participants. As a result, the federal government, which drafted a record-breaking budget of $34 billion for 2020, has had to look for other ways to boost oil revenues.

In October last year, Reuters reported, citing Nigeria’s Attorney General, that the federal government would pursue international oil companies for $62 billion worth of unpaid royalties due under the oil production sharing agreement framework that has been in effect in Nigeria since the 1990s.

The framework, according to Attorney General Abubakar Malami, included a stipulation for reviews of the revenue-sharing terms by the Nigerian government whenever oil prices rose above $20 per barrel. These reviews were never conducted, and the terms of the contracts were never adjusted to reflect the changes in international prices, which at one point shot up above $120 a barrel.

It will fall to courts to rule on this case, and it will take quite a while. In the meantime, Nigerian legislators last year approved two new measures that should boost oil revenues. The proposals got approved as amendments to the 1993 Deep Offshore and Inland Basin Production Sharing Contract in October.

One of these measures targets offshore projects specifically. According to the change in legislation, companies operating offshore blocks will owe the federal government a 10% royalty rate on all projects at depths of over 200 metres and another 7.5% on frontier and inland basin projects.

The second measure is linked to oil prices. According to it, oil companies operating in Nigeria would owe an additional royalty to the government when oil prices pass the $35-per-barrel threshold. The rate of royalty will rise in tune with oil prices.

Nigeria’s President Muhammadu Buhari signed the bill into law in November. According to the administration, the legislative changes will boost Nigeria’s oil revenues by up to $1 billion annually and, according to President Buhari personally; they will benefit the whole Nigerian population.

The outlook for Nigeria Oil Industry

The international oil companies active in Nigeria are not happy with the changes. Especially as they come less than a year after the federal government asked six of them – Shell, Chevron, Exxon, Total, Eni, and Equinor – to pay a total $20 billion in back taxes they were alleged to owe local governments. However, the original contracts these companies closed with Nigeria will begin to expire in three years, so they need clarity for their long-term prospects in the West African country.

According to a group that represents 90% of the oil companies active in Nigeria, the legislative changes will create uncertainty. The Oil Producers Trade Section also believes the additional royalties will undermine the profitability of many projects, which would result in lower investment in future production. Ultimately, Nigeria could lose about $10.4 billion in oil revenues by 2030 as a result of these changes, the OPTS says.

Yet even some oil executives acknowledge that the original contracts of the supermajors with the Nigerian government were unfair, a November report by the Financial Times revealed. An updated legislative and regulatory framework would benefit them in specific ways, according to some analysts. For one thing, as Eurasia Group’s head for Africa Amaka Anku told the FT, it would provide clarity for the long term. For another, it would relieve them of the need to renegotiate each of their contracts individually after 2023, which would expose them to political factors since federal elections are due in that year and the incumbent party in power could lose.

As regards warnings that if they have to spend a lot more on future Nigerian projects, the supermajors might decide to up and leave, these are valid ones but far from a certainty. The new normal for Big Oil indeed is to choose the lowest-cost and fastest-return projects. Yet it is also true that the choice of proven and untapped large deposits of oil around the world is dwindling. In the end, Big Oil would need to choose between expensive and more expensive, rather than between cheap and costly.

The long term outlook for Nigeria oil industry may be mixed at the moment. It may remain mixed for the observable future, but it is highly unlikely Nigeria would sabotage its future oil revenues by placing too high a financial burden on the supermajors.

Disclaimer: The contents on this site are intended to enhance public access to educational information and other endeavors. While every effort is made in preparing good information, no responsibility is accepted by or on behalf of this site for any errors. Although every effort is made to ensure the reliability of this site. Copyright: Contents on this website may not be republished, reproduced, redistributed either in whole or in part without due permission or acknowledgement. All contents are protected by DMCA. If you own this content & believe your copyright was violated or infringed, make sure you contact us via This Means to file a complaint & actions will be taken immediately. 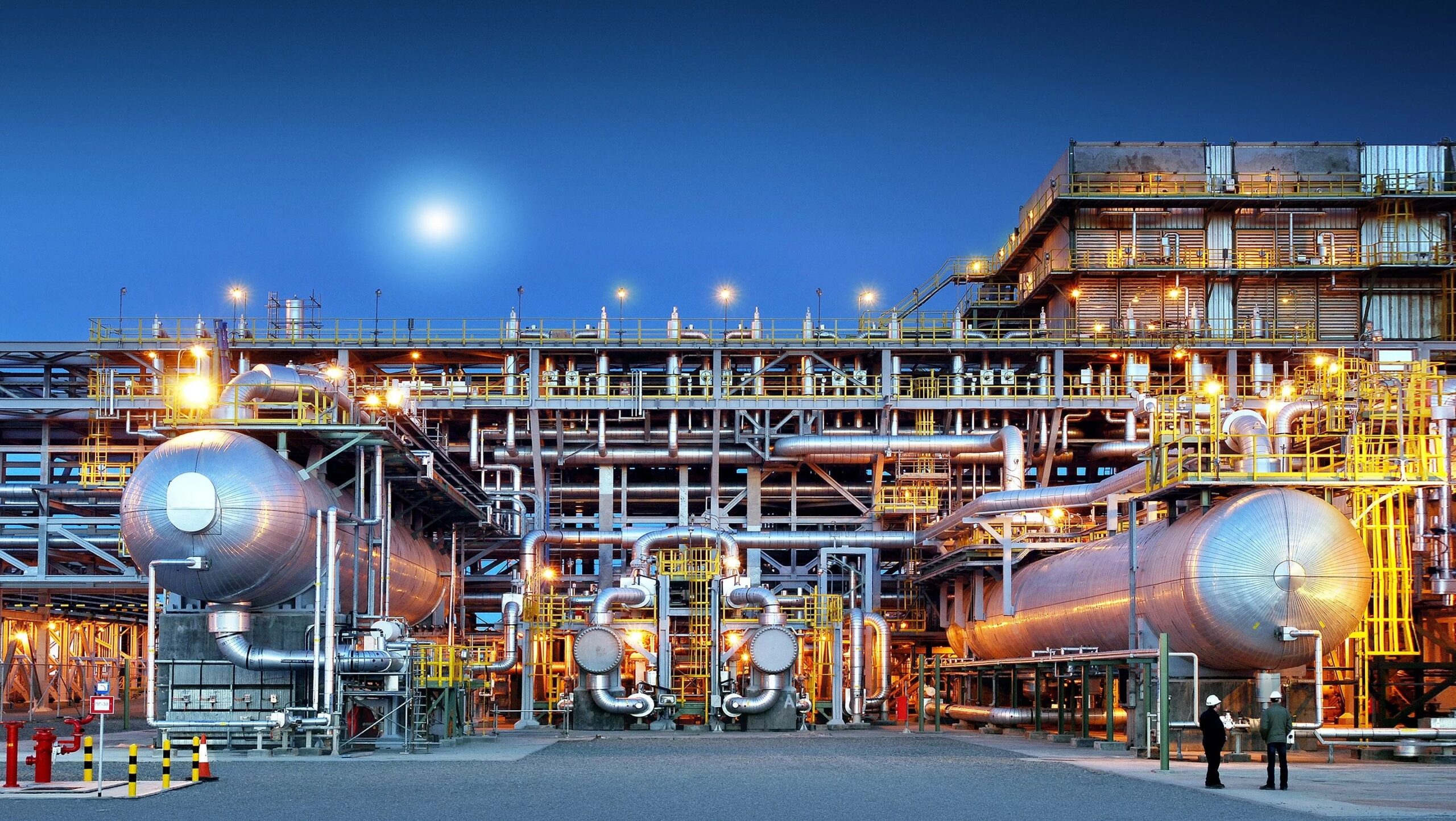