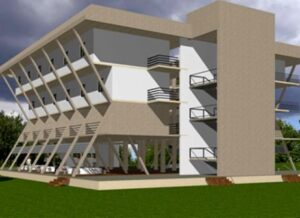 Benue State is one of the north central area states in Nigeria with a population of about 4,253,641 in 2006 census. It is inhabited predominantly by the Tiv, Idoma and Igede peoples, who speak Tiv, Idoma, and Igede languages respectively. Its capital is Makurdi.

Below is the list of NUC approved Federal, state and private universities in Benue State.

There is presently one state university in Benue state which include:

The only federal owned University in Benue state Nigeria include;

The University of Agriculture, Makurdi is a higher education institution in Makurdi, Benue State, Nigeria. The university was established in 1988, following the recommendations of a 1987 federal government White Paper on Higher Education curriculum and development in Nigeria.

Candidates who wish to gain admission into the University of Agriculture, Makurdi should obtain the Joint Admissions and Matriculation Board forms, and choose the Institutions (Universities) of their desire.

Thereafter, they sit for the UTME examinations. Those who meet the University cut off point are invited for interaction and online verification of O’level result.

Candidates who meet O’level requirement (at least five credit passes including mathematics, English, Chemistry, Physics and Biology for Sciences and Mathematics, English, Economics, Commerce or Accounting, Government and Biology/Agric. Science for Management Sciences) and JAMB subject combination are admitted into various courses in the University.

After Admission, their documents are scrutinized and then they are duly registered.

University of Mkar, Mkar is a private Christian institution established by the Church of Christ in Sudan among the Tiv to make a mark in the educational landscape of the nation.

College Of Science And Education

College Of Food Science And Technology

College Of Social And Management Sciences