The top 5 universities to study Computer Science in Nigeria are hereby outlined for easy read and recognition in case you have been looking for the best place to get the right knowledge and discipline on what you consider your passion as a nerd. It is indeed true that computer science is a very nice course to study, but it has become a general expectation that many students don’t usually go into the business of studying it in the university. The notion is that, computer science is only meant for the geniuses of computer and mathematics the same.

Computer science is the study of computation, automation, and information. It is generally considered an area of academic research and distinct from computer programming. Early computer science was strongly influenced by the work of mathematicians such as Kurt Gödel, Alan Turing, John von Neumann, Rózsa Péter and Alonzo Church and there continues to be a useful interchange of ideas between the two fields in areas such as mathematical logic, category theory, domain theory, and algebra. That is why computer science is considered by some to have a much closer relationship with mathematics than many scientific disciplines, with some observers saying that computing is a mathematical science.

Like Astronomy, Economics, and Geology, some of its unique forms of observation and experience do not fit a narrow stereotype of the experimental method. But each new machine that is built is an experiment in itself. To make more simplified in examples, constructing the machine poses a question to nature; and we listen for the answer by observing the machine in operation and analyzing it by all analytical and measurement means available.

Nonetheless, computer science has largely industrialized the world in all aspects. New business ideas have never stopped to flood in like outpourings of water into every mind. New companies, big or small, will never stop to form the new world order. Things get easier and easier through the devices of computer. Little wonder, the world is daily coming up with new ways in which it could cause an end to the old tedious ways.

There are more than one benefits of computer science to the world. This is more reason why more students who are seen to have had knack or pure natural talent in computer would always like study the field of knowledge as a course in Nigeria.

Although every parent usually welcome the idea of having the children go to learn computer from street-side computer shops where they’d be taught some of the rudiments of computer operation for many various reasons, not every child considers themselves intellectually ready to full go into its study as a university course. Learning computer is never close to studying computer science; computer science is far from that because it is wider and needy of huge resources to be bale to manage and comprehend it.

If you are looking for the university where you can get the most population of students from across the corners of the world studying their various courses of desire including computer science on all university level, it is the University of Ibadan. This is because the school, apart from the fact that it is the first and the best all across Africa, is the first on the top 5 universities to study computer science in Nigeria. The University of Ibadan certificate is distinguished and seen as some pride giving opportunity. The school is also very resourceful and prepared enough to make you a competent and qualified student of the course. It is a great choice to make if you are ready.

As a private Pentecostal Christian University, which has been operating from a very long time, it is also a respectable private university where studying computer science will be a very comprehensive venture. Although, when compared to other federal universities like UI, OAU, etc., it is expensive and meant for the rich, it gives one some special prestige to have at least a degree from the school. It is therefore one of the top 5 universities to study computer science in Nigeria.

Obafemi Awolowo University is a federal government owned and operated Nigerian university. It was established in 1962 as the University of Ife. Since inception, admission into the Obafemi Awolowo University is very competitive majorly because of its premiere stature and the fact it has so far been producing great rulers and leaders across the world. The school has so far produced the highest numbers of Computer Science students in the country and across the world. With this fact, OAU is one of the best top 5 universities to study computer science in Nigeria.

Compared to other higher institutions of learning in the country, the institution has one of the largest land areas, covering approximately 15,000 hectares of land. It is revealed by JAMB to be the most sought after university in the year 2021, generally because of its commitment to academic excellence as its priority. Graduates also flood the school for their post graduates courses.

It is therefore one of the top 5 universities to study computer science in Nigeria, if you truly want the best for yourself.

UNILAG offers Computer Science as one of their courses under science. This means that Computer Science is accredited in UNILAG among other schools. This school is also very popular for its very fashionable name and identity across Nigeria. Going to the University of Lagos sends some kind of relief and excitement down the spine of those who hear it because the school in itself is academically sound and consistent in its modern way of reeling knowledge. 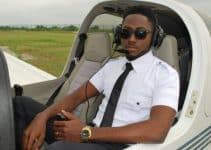 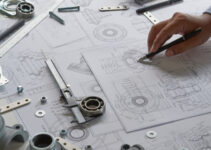