Best cryptocurrency to invest in right now is the major concern of this article as it maintains a high value of the myriads of opportunities that the cryptocurrency trading system allows. Having come to realization of this fact, it is important that this content shares with you some vital information about this online financial system and help you see the need to never be the last.

Cryptocurrency can be referred to as a digital currency. It is another choice form of payment which is created through the use of encryption algorithms. This use of encryption technologies means that cryptocurrencies function both as a currency and as a virtual accounting system. To use cryptocurrencies, you need a cryptocurrency wallet. Cryptocurrencies are increasingly popular alternatives for online payments. Before converting real dollars, euros, pounds, or other traditional currencies into other currency platforms such as Bitcoin, Ethereum, Binance, etc. They don’t need banks or any other third party to regulate them; they tend to be uninsured and are hard to convert into a form of tangible currency (such as US Dollars or Euros).

Here are the major key values and benefits of Cryptocurrency

Here is the listing of the different crypto platforms where the best cryptocurrency to invest in right now are explanatorily highligted:

Also identified as second to the best cryptocurrency to invest in right now, Ethereum has the market capitalization that is worth of $192 billion. Being both a cryptocurrency and a blockchain platform, Ethereum is loved by program developers because of its potential applications, like so-called smart contracts that automatically execute when conditions are met and non-fungible tokens (NFTs). Ethereum has also experienced tremendous growth. From April 2016 to the beginning of September 2022, its price went from about $11 to around $1,568, increasing around 14,155%.

The Bitcoin’s market cap being $383 billion, it is known as the best cryptocurrency to invest in right now. It was created in 2009 by Satoshi Nakamoto. As with most cryptocurrencies, BTC runs on a blockchain, or a ledger logging transactions distributed across a network of thousands of computers. Because additions to the distributed ledgers must be verified by solving a cryptographic puzzle, a process called proof of work, Bitcoin is kept secure and safe from fraudsters. Bitcoin’s price has skyrocketed as it’s become a household name. In May 2016, you could buy one Bitcoin for about $500. As of Sept. 1, 2022, a single Bitcoin’s price was around $19,989. That’s a growth of nearly 3,900%.

With a market cap of $44 billion, Binance Coin (BNB) is a form of cryptocurrency that you can use to trade and pay fees on Binance. It is considered as one of the best cryptocurrency to invest in right now in the world. Since its launch in 2017, Binance Coin has expanded past merely facilitating trades on its exchange platform. Worldwide, it can be used for trading, payment processing or even booking travel arrangements. It is also be traded or exchanged for other forms of cryptocurrency, such as Ethereum or Bitcoin. BNB’s price in 2017 was just $0.10. As at September 2022, its price had risen to around $276, a gain of approximately 275,900%.

The Sandbox price today is $0.991833 USD with a 24-hour trading volume of $254,872,729 USD. It is a virtual Metaverse built on the Ethereum blockchain, where players can build, own, and monetize their gaming experience.

Another one the content about the best cryptocurrency to invest in right now is the Avalanche (AVAX). Avalanche price today is $21.53 USD with a 24-hour trading volume of $516,023,850 USD. You can update your AVAX to USD price in real-time. Its supply is last capped at tokens that are worth of 720 million with an initial issuance of 360 million tokens.

One of the latest cryptocurrency platforms that is notable for its early embrace of proof-of-stake validation is Cardano (ADA). Being the best cryptocurrency to invest in right now has a wonderful method which expedites transaction time and decreases energy usage and environmental impact by removing the competitive, problem-solving aspect of transaction verification in platforms like Bitcoin. This great system also works like Ethereum to enable smart contracts and decentralized applications, which ADA, its native coin, powers. Its token has had a relatively modest growth compared to other major crypto coins. In 2017, ADA’s price was $0.02. As of Sept. 1, 2022, its price was at $0.44. This is an increase of 2,400%.

Solana is also seen as the best cryptocurrency to invest in right now because of both its market cap which is $10 billion and its unique hybrid proof-of-stake and proof-of-history mechanisms to process transactions quickly and securely. When it launched in 2020, SOL’s price started at $0.77. By early September 2022, its price was around $31.25, a gain of nearly 3,958%.

Polygon (MATIC) is an Ethereum token that powers the Polygon Network — a protocol and framework for building and connecting Ethereum-compatible blockchain. As of September of this year, Polygon price today is $0.927858 USD with a 24-hour trading volume of $629,294,951 USD. Its price is recently up 2.0% in the last 24 hours. It is one of the best cryptocurrency to invest in right now.

Dogecoin is proud of a market cap worth of $8 billion and thus it is identified as the best cryptocurrency to invest in right now. Although it was famously started as a joke in 2013, it has rapidly evolved into a prominent cryptocurrency, given its dedicated community and creative memes. Unlike many other cryptos, there is no limit on the number of Dogecoins that can be created, which leaves the currency susceptible to devaluation as supply increases. Dogecoin’s price in 2017 was $0.0002. By Sept. 1, 2022, its price was at $0.061, up 30,400%.

Chainlink is also one of the best in the world right now. On this platform, you can easily trade your crypto business without stress basically for its straightforwardness and high profitability. With Chainlink, cryptocurrency can never go wrong day or night. It has a market capitalization of $500 million, Chainlink’s price today is $7.78 USD. 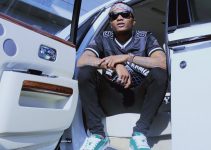