E-Money’s Net Worth – E-money is a nickname that Emeka Okonkwo, a famous Nigerian billionaire entrepreneur, bears. He is the younger brother of the famous Nigerian singer and performer Kcee. 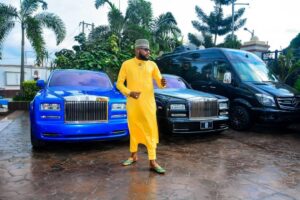 Although he was not born with a silver spoon, he has proven to everyone that one’s background does not necessarily have to determine what the future would be like. After he started throwing money and exemplifying what it means to live in affluence, he bagged the nickname.

E-Money’s wealth came through hard work and persistence, according to him. His breakthrough came when he received a call that he had been awarded a $2 million contract, and since then, he has been a serial investor, which has made him live like a king.

You may have come across E-money’s Instagram account, where he flaunts his massive wealth. Spending extravagantly and giving out cash is how he got his nickname E-money.

After all, being a billionaire under 40 is no easy feat. What is E-money occupation? What is E-money source of income? Find the answers to these questions and more below.

E-Money is married. He has three sons with his wife, Juliet, whom he’s been married to for about eight years now. According to him, he met Juliet in 2003 when he was still struggling to make money and she was just what he was looking for – a God-fearing and non-materialistic woman.

Being one of the most popular people in Nigeria’s social media space, people are eager to know how he made his fortune! He used to be an ordinary man who was struggling to make his ends meet, but today we know him as one of the wealthiest young men in Nigeria.

Speaking of his turning point, E-Money recalls coming back to Lagos after their traditional marriage and receiving a call that changed his life forever.

“We were on our way to Lagos when I received a phone call informing me that I had been awarded a 20 billion naira contract and that is how our lives changed forever”, he said.

His family is based in the United Kingdom while E-money is in Nigeria most of the time taking care of business. It is not a problem for the family, however, as he travels to see his wife and sons every other week.

Born Emeka Okonkwo in Ajegunle, Lagos, Nigeria, on February 18, 1981, E-Money got his nickname after he started throwing money around and demonstrating what a luxurious life he had. Some other people even refer to him as Arabic money for his over-the-board generosity.

He is the younger brother of the Limpopo crooner, Kcee and also the official sponsor of his music career plus that of Harrysong and Skiibii. He is also the head of a shipping company called Emmy Cargoes Nig. The company was established in 1997 and was formerly called Borisa Nig. Ltd. He is also into real estate as well as oil and gas. 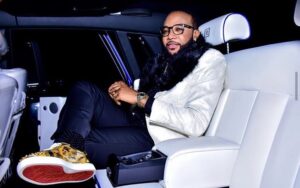 It was gathered that E-Money net worth is estimated at $65 million as of early 2021. E-Money’s Net Worth also  Includes:

E-MONEY who we all know as a social media guy who is found in exposing all his belongings to the world, Shared some pictures of his houses online.

He sleeps and sits on Gold, His Gold furnished state of art mansion is worth N250 million in Omole Estate, Ikeja, and another in Lekki.

The Five Star Music boss recently acquired two 2019 Rolls Royce Phantom. One for his wife and the other for himself. One of the Roll Royces (the blue one in the picture) is estimated to be worth about N220million

Currently, emoney has no private jet yet because there is no evidence to suggest that E-money has bought a private jet-yet.

Over the years, there have been a whole lot of controversies on how the chief executive officer of five-star music makes his money (I mean so much money), some even believe he is into some form of illegal business because of his really flamboyant lifestyle.

On account of this, we would be shedding light on the business investments of E-money. He is not just a spender, but also an entrepreneur who knows how to get back every penny he spends via his business ventures.

The company was established in 2007, as one of the best freight forwarding and shipping services company in Africa.

The company is currently known globally for its import and export services to valued customers all over the world. Asides being a clearing and forwarding company, the company also sells both new and used American cars at competitive prices.

E-money is the owner of the Five Star Group. The company produces made in Nigeria tomato paste, sweet corn, coconut milk, and mackerel in tomato sauce. They are also involved in the oil and gas business.

E-money established 5-Star Music in 2010, but the record label wasn’t in the limelight until 2013, when they released Kcee’s Limpopo.

Harrysong became a pillar of the record label by helping with voice training, directing and writing songs, etc.Harrysong eventually left 5-star media in 2016, to start his own record label.

Meanwhile, in 2014, the company signed another artiste – Skiibii, who also left after 3 years. Skiibii became popular after pulling a death stunt in August 2015.

The record label decided to expand in 2017 so, they hired a new artiste manager as part of their expansion plans. The manager – Chidozie Dike handles all matters concerning 5-Star media. 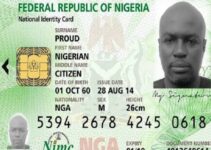 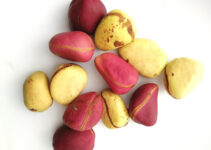 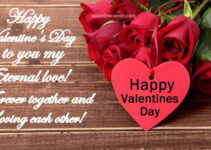