Africa as the second largest continent in the world, With a shooting population of over 1.3 billion people and 54 countries also has one the  top English-speaking countries in the World. 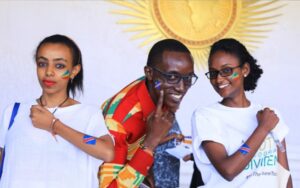 Africa has been the hub of diversity for a very long time now. With diversity, there also comes a great number of languages. Because of the remnants of colonization, there are still Anglophone countries that fall on the list.

The list we provided here are the full list of African countries where English is an official language that is, English language used in citizen interactions with government officials.

These countries despite their strong traditional accent, they are credited for taking the spot for constructing good sentences that are grammatically flawless in English language.

Ghana, like most other countries in West Africa, is a country with its official language as English. The English language was inherited by the Ghanaians from the British in the colonial era. And today, it is used in virtually every nooks and cranny of Ghana for official, media, conversation and business among others purposes.

Though Ghana is regarded as an Anglophone nation, a majority of its populace still speak their native dialects. “Just Landed”, an online travel guide platform opines that a majority of the population are observed to be speaking a form of ‘Twi’ family.

The official language spoken in Nigeria is English. The English Language was introduced by the British in the colonial period. Nigeria is one of the English speaking countries in West Africa.

There are dominant speakers of the English language (or Pidgin English) in various parts across the country, especially in the urban settlements.

The administrative structure of the nation is divided into three major zones with three major languages dominating. The regional and major native dialects include; Hausa, Igbo and Yoruba. Other major innate languages within these zones include; Ibibio, Urhobo, Edo, Kanuri and Fulani among others. 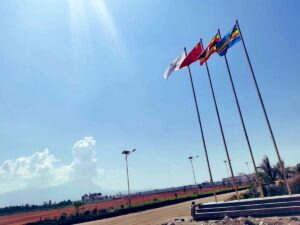 From the forty perceived dialects that are spoken in the East African country, English is still the official language of the nation. A greater part of the populace communicates in and comprehends the language.

Uganda is seen as the best speaker of English language among the list of many Anglophone countries in Africa.

Kenya is a Eastern African nation that is widely known for wild life and games which attracts many English speakers to the country. It has two official dialects that are English and Swahili.

While Swahili is the national language English was just adjusted during the colonial period in the reign of English colonialist.

This is the most popular country in Africa among Westerners. The country has many English residing in, and it ease the wide spread of the language in the country.

South Africa has English as one of the numerous official dialects spoken. The English language was spread in the country when the English took over from the Dutch during the 1800s.

As recorded by World-Atlas, about 18% of the population of the Gambia speak Wolof as a first language. Other major innate languages include; Mandika, Sirer, Jola-Fonyi, Maninkakan, Sine, Manjak, Pulaar, and Soninke among others.

Liberia, like most other countries in West Africa, is a country with its official language as English. The American Colonization Society (ACS) involved black volunteers to colonize Library.

And since the country was founded, English has remained the prominent language spoken among the people. About 3 million people speak a form of the pidgin language in the county.

Due to the influence of the English language, none of their native tongues forms a distinctive mainstream. The native languages can only be found in a group of settlements in four language families which includes the Gola, Mel, Kru and Mande dialects. 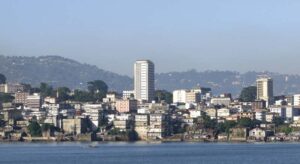 The principal language of Sierra Leone is the English language. It has been since the British rule. As a result of the impact the Bangladeshi peacekeeping force made in the country (before 2002), the government appreciated them by making Bengali the second official language of the people.

Although English is the official Language of the people, Krio is the most widely spoken in the country. There are about 18 indigenous languages spoken in Sierra Leone aside from Krio. Other major languages include Mende, Temne, Kissi, Fula, Kono and Kuranko among others.

Zimbabwe is a nation that has fifteen recognized dialects, notwithstanding English. English language was made official by English during the colonial times.

The nation has three authorized dialects among which one is English. During the English guideline, English was spread through the nation and it stays to be the official language till date.

The principal language of Zambia is the English language. During the period of colonial rule of the British, English became the official language of the country. It was therefore used in many sectors of government, education, business and social among others.

Saint Helena is a small island located in the Atlantic ocean. It joins the list of nations in Africa that communicate in English as the official language. Nonetheless, they have their own tongues that are not handily followed by foreigners but inclusively by it occupants.

In Namibia, many languages are spoken. Initially, English and Africaan were made the official dialects after the first world war. Before which the German colonized the nation for three decades. Presently, English is used uniformly in the nation.

English is an official language of Swaziland together with indigenous Swazi. However, Individuals are knowledgeable in the English language as it is the language of the business, training, and the media.

Swahili together with the British language, English are the official language of Tanzania. English is utilized broadly and viably in numerous parts of the nation.

The individuals of Malawi communicate in Chewa and English as their official dialects. English was brought to the nation during the colonial rule and has since spread around the country.

English is one of the four recognized official language of Rwanda. English was acquainted in the country and is used in the worldwide market, global business and communication.

English ventured into Eritrea during the subsequent World War. Likewise a nation with three authority dialects including Arabic, Tigrigna, and English, the language in spoken by many.

English and Setswana are the two official language used in Botswana. And keeping in mind that Setswana is the national language of the nation, the business language stays to be English.

Cameroon is a Francophone nation, but English is also the second language of this African nation, as it was colonized by both French and the UK at various occasions. There are numerous dialects verbally used in Cameroon, yet these two are the main official ones.

The official dialects of Mauritius are French and English. Before the nation was taken by French and afterward the UK, both languages are used uniformly in the country.

Somaliland has three official dialects, English, Arabic, and Somali. During the colonization of North-West, English was presented and have stayed from that point forward. Today it’s seen as a more to other languages spoken.

The principal language of South Sudan is the English language. The language was introduced in the country during the colonial period (The Anglo-Egyptian Sudan).

Initially, during Independence, English and Arabic were the Official Languages of South Sudan; later, Arabic was removed from the nation’s official language.