Home
Entertainment
Kenny Rogers, American  Country Music Singer Dies at 81
Spread the love
Kenny Rogers, a prolific singer who played a major role in expanding the audience for country music in the 1970s and ’80s, died on Friday at his home in Sandy Springs, Ga. He was 81.

Kenneth Ray Rogers (August 21, 1938 – March 20, 2020) was an American singer, songwriter, actor, record producer, and entrepreneur. He was a member of the Country Music Hall of Fame. Though he was most successful with country audiences, Rogers charted more than 120 hit singles across various music genres, topped the country and pop album charts for more than 200 individual weeks in the United States alone, and sold over 100 million records worldwide, making him one of the best-selling music artists of all time.

His death was announced by his publicist, Keith Hagan. Mr. Hagan did not specify the cause but said Mr. Rogers had been in hospice care. Mr. Rogers retired from performing for health reasons in 2018.

Singing in a husky voice that exuded sincerity and warmth, Mr. Rogers sold well over 100 million records in a career that spanned seven decades. He had 21 No. 1 country hits, including two — “Lady,” written and produced by Lionel Richie, and “Islands in the Stream,” composed by the Bee Gees and performed with Dolly Parton — that reached No. 1 on the pop chart as well.

By the time he stopped performing, Mr. Rogers had placed more than 50 singles in the country Top 40, of which 20 also appeared in the pop Top 40. Long before the ascendancy of Garth Brooks and Shania Twain in the 1990s, he was among the first country artists to sell out arenas.

“Kenny Rogers left an indelible mark on the history of American music. His songs have endeared music lovers and touched the lives of millions around the world,” a statement posted by Hagan says.
Rogers was inducted to the Country Music Hall of Fame in 2013, for what organization officials called a “distinctive, husky voice.”
He had 24 No. 1 hits and through his career more than 50 million albums sold in the US alone.
He was a six-time Country Music Awards winner and three-time Grammy Award winner, Hagan said.
“Country Music has lost the great Kenny Rogers, who has forever left a mark on Country Music’s history,” the Country Music Association said in a statement. “His family and friends are in our thoughts during this difficult time.”
Some of his hits included “Lady,” “Lucille,” “We’ve Got Tonight” and “Through the Years.”
His 1978 song “The Gambler” inspired multiple TV movies, with Rogers as the main character.
In 1985, he participated in the original recording of “We Are the World” along with more than three dozen artists. A year later, according to his website, he co-chaired “Hands Across America,” a campaign which sought to raise awareness about the homeless and hungry in the US. 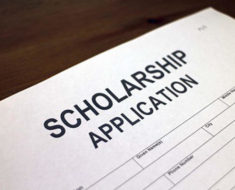 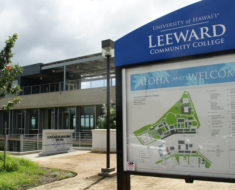