Largest Economy GDP In Africa 2020 is our course of discussion in this article. That is,  African countries with the highest Gross Domestic Product (GDP) in 2020 (in billion U.S. dollars). 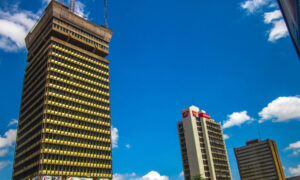 According to the United Nations, there are officially 54 countries on the African continent. The continent is bounded on the west by the Atlantic Ocean, on the north by the Mediterranean Sea, on the east by the Red Sea and the Indian Ocean, and on the south by the mingling waters of the Atlantic and Indian oceans.

In reference to  largest economy GDP in Africa, Africa’s economic growth has stabilized at 3.4 percent in 2019 and is expected to pick up to 3.9 percent in 2020 and 4.1 percent in 2021 but to remain below historical highs.

The 2020 Outlook highlights, however, that growth has been less than inclusive. Only about a third of African countries achieved inclusive growth, reducing both poverty and inequality.

According to World Bank 2020, the coronavirus is hitting the region’s two largest economies  Nigeria and South Africa  in a context of persistently weak growth and investment. South Africa has the largest number of confirmed cases in the region, and strict measures to contain and mitigate the spread of the virus are weighing on the economy.

With such formidable challenges, economic growth is expected to contract from 2.4% in 2019 to between -2.1 and -5.1% in 2020, sparking the region’s first recession in 25 years as World Bank opined.

We have compiled a list of the top 10 largest economy GDP in Africa 2020. All GDP figures is adopted from the International Monetary Fund (IMF)  and World Bank  Economic Outlook. See below:

Nigeria is currently the most highly populated country in Africa, with a population of more than 190 million inhabitants

Based on the current GDP, Nigeria is the richest country.

Nigeria is a powerhouse of economy and development compared to its neighbours. With an abundance of natural resources, some of the country’s biggest exports include oil, cocoa, and rubber.

In fact, Nigeria is Africa’s largest crude oil supplier. Not to mention the rich agricultural sector that’s responsible for 18% of the country’s GDP and almost a third of employment.

South Africa has the second largest economy in Africa, after Nigeria

Capital: Cape Town is the legislative capital, Pretoria is the administrative capital, and Bloemfontein is the judicial capital of South Africa.

South Africa was formerly the richest country in Africa based on GDP, until recently, when Nigeria took over.

Statistics were higher than expected, seeing as the country’s economy grew by 1.3%, just higher than the National Treasury’s expectation of 1.0%.

The highest performing industry to contribute to this growth was agriculture, followed by mining and manufacturing.

A demand for manganese ore, chrome, iron ore, and anything used in the production of steel helped spur on this growth.

Some of the country’s key exports include corn, diamonds, and fruit. Considering that South Africa is the world’s second-largest producer of gold, it should come as no surprise that this precious metal is also one of the country’s main exports.

The Egyptian economy is mainly driven by the expansion in the gas resources, tourism, manufacturing and construction. Private investment is picking up and net exports are improving.

Egypt has a long, rich trade history with plenty of ups and downs. After the 2011 revolution, foreign exchange reserves fell considerably. Reserves fell from $36bn in December 2010 to only $16.3bn in January 2012.

The GDP in 2017 was $237.037bn. Some of the country’s main exports include petroleum, insulated wire, video displays, and gold.

Algeria’s economy is dominated by its export trade in petroleum and natural gas, commodities that, despite fluctuations in world prices, annually contribute roughly one-third of the country’s gross domestic product (GDP)

Algeria has the tenth largest reserve of natural gas in the world and is the sixth largest gas exporter on the planet.
Algeria had a nominal GDP but the country’s economic growth slowed down a bit due to a slight decline in hydrocarbon production.

Petroleum and natural gases are the country’s most important mineral resources, with the biggest exports being either mined or manufactured, while agriculture plays a comparatively minor role.

However, examples of some of Algeria’s principle farm crops that are exported are wheat, oats, citrus fruit, olives, and dates.

GDP growth slowed down in 2019 to an estimated 3 percent compared to 4.1 percent in 2019, owing to the decline of agricultural value-added growth, which was only partially compensated by otherwise good performance of non-agricultural activities. Mining activities contributed the most to growth apart from agriculture, mostly driven by phosphates production and exports.

The unemployment rate slightly decreased to 9.8 percent in quarter 4 in 2019.

The services sector accounts for just over half of GDP and industry a quarter, made up of mining, primarily phosphate rock mining, construction, and manufacturing.

Angola’s economy is expected to grow at an average rate of 2.6% per year in the 2019-2023 periods. The country’s economy is heavily driven by its oil sector.

Oil production and its supporting activities contribute about 50% of GDP, more than 70% of government revenue, and more than 90% of the country’s exports.

Angola is an OPEC member and subject to its direction regarding oil production levels.

Medium-term GDP growth should rebound to 5.8% in 2020 and 6.0% in 2021 respectively dependent on growth in private sector credit, continued strong remittance flows, management of public debt and expenditure and global oil prices.

Trade is a crucial part of the country’s growth. According to www.heritage.org, the combined value of exports and imports equals 38 percent of GDP.

With a rich agricultural sector, Kenya produces tea, coffee, sisal, pyrethrum, corn, and wheat are grown in the fertile highlands.

Livestock predominates to the north and east, while coconuts, pineapples, cashew nuts, cotton, sugarcane, sisal, and corn are grown in the lower-lying areas.

Tourism also plays a big role in Kenya’s service industry despite taking a downturn due to security issues and negative publicity.

However, Ethiopia which 8th largest economy GDP in Africa  real  growth decelerated to 7.7% in 2017/18. The construction sector and services accounted for most of the growth. Agriculture and manufacturing made lower-contribution to growth in 2017/18 compared to the previous year.

Ethiopia has one of the fastest-growing economies in the world and has the second largest population in Africa.

According to the IMF World Economic Outlook, growth for 2018 is predicted at around 8.5%.

The country’s accelerated economic growth is driven largely by industrial activity, seeing investments in infrastructure like the Grand Renaissance Dam and a light rail system, as well as manufacturing.

Agriculture is perhaps the country’s largest industry seeing as the banking, telecommunications, and transportation sectors are dominated by state.

While the poverty rate in the country has declined, the absolute number of poor citizens has not because of the high population growth rate.

In 2017, according to the IMF, Tanzania’s GDP was $51.725bn. Half of the country’s workforce fined employment in the agricultural sector, while the rest are divided between mining, manufacturing, food processing, and telecommunications.

Some of its main exports are minerals like gold and diamonds, coffee, cotton, tea, and tobacco. Tanzania’s tourism is also on the up.

Approximately 38 percent of land area is set aside in protected areas for conservation, but are used as game reserves and national parks.

The country is also home to Mount Kilimanjaro, attracting the attention of international tourists who want to visit the sleeping giant. 17.5% of 2016’s GDP came from tourism and is anticipated to keep increasing.

Ghana is the 10th Largest Economy GDP In Africa,  Ghana’s growth target for 2019 is 7.4% mainly to be driven by the industry sector, especially oil, gas and mining. Industry’s growth is expected to improve to 9.7%; the agriculture sector is expected to grow by 7.3% on the back of the government flagship programs in the sector which will enhance performance in the crops sub-sector.

The IMF outlook for 2020 for sub-Saharan Africa is considerably worse than was anticipated in April and subject to much uncertainty. Economic activity this year is now projected to contract by some 3.2 percent, reflecting a weaker external environment and measures to contain the COVID-19 outbreak.

Growth is projected to recover to 3.4 percent in 2021 subject to the continued gradual easing of restrictions that has started in recent weeks and, importantly, if the region avoids the same epidemic dynamics that have played out elsewhere.

Africa’s authorities have acted swiftly to support the economy, but these efforts have been constrained by falling revenues and limited fiscal space.

Regional policies should remain focused on safeguarding public health, supporting people and businesses hardest hit by the crisis, and facilitating the recovery. The region cannot tackle these challenges alone, and a coordinated effort by all development partners will be key. 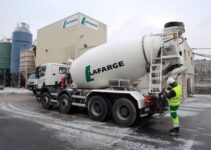 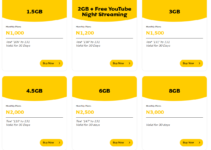