Home
Lifestyle
Top 10 Most Peaceful People in History of the World.

The world historically is replete with war stories and those of peace alike. In the midst of all its war events are the top 10 most peaceful people in history of the world. These people are agents of the continuity of peace-keeping policies that are of course expected to be respected for the protection of law and order.

There is nothing more enjoyable than the peaceful co-existence of the various tribes of the world. This is because it will feature the absence of conflicts or war or even the needless need to shed blood–an act which accurse the future of the generations of the globe. So in order to avoid the outburst of war or any form of incidents that are capable of disrupting world peace, there have been a list of those people who have striven and were successful in the effort of making sure peace is observed in their times and even after it.

These guys which you may have had some chance of knowing before now but which you may not realize have contributed massively into world peace-keeping stress and struggles are notable in their different recognizable fields such as politics, sports, religion, entertainment, etc.

Top 10 Most Peaceful People in History of the World.

People who seek to promote peace through the embodiment of peaceful, political, philosophical, and spiritual values are hereby listed below for you to come to knowledge of and these are the top 10 most peaceful people in history of the world:

Born and died around 563-483 BC, Siddhartha was born a Prince in India, but he forsook the comforts of the palace to seek enlightenment. After attaining Nirvana, he spent many years teaching his philosophy of inner peace, detachment and how to attain liberation from earthly suffering.

Though born in 1997 and still living, Pakistani schoolgirl who overcame assassination attempt by Taliban to campaign for universal access to education. The youngest person to be nominated for Nobel Peace Prize in 2013.

Mikhail Gorbachev (1931 – ) Made a lasting contribution to world peace through his determination to reform the Soviet Union. Gorbachev initiated proposals to reduce the number of nuclear arms and helped to end the Cold War. Also, Gorbachev allowed Eastern European countries to break away from Communist rule and become democratic states. Awarded Nobel Peace Prize in 1990.

Jesus of Nazareth (2BC – 7 AD) Jesus taught a radical philosophy of love and forgiveness. These teachings formed the basis of Christianity. It was recorded in the Bible that Jesus made this statement to further prove his stance as one of the top 10 most peaceful people in history of the world: “Blessed are the peacemakers, for they shall be called the children of God”

Muhammad Ali (1942-2016 ) When Ali refused to fight in Vietnam, it was a controversial decision which cost him his professional boxing licence. However, Ali’s principled stance was increasingly appreciated as the war became more unpopular.

Swami Vivekananda (1863 – 1902) Vivekananda was a spiritual figure from India. He is best remembered for visiting the inaugural Parliament of World Religions, (1893) in Chicago. Vivekananda spoke eloquently about the underlying unity of religions and appealed to bring people together.

Desmond Tutu was born in 1931 and died in 2022. He is a Campaigner against apartheid in South Africa. Since the end of apartheid, Tutu has campaigned on a wide range of humanitarian issues, seeking to overcome racism, sexism, homophobia, AIDS and poverty. His religious tolerance preaching makes one of the top 10 most peaceful people in history of the world.

Given birth to in 1856 and lived till 1924, Wilson tried very hard to keep the US neutral in the First World War. It was only after very significant provocation that he allowed the US to enter the war. However, Wilson did not enter the war with jingoism and enthusiasm; he knew how awful war could be. In 1918, he issued his Fourteen Points, which he hoped would avoid future conflict. This included his vision for a League of Nations, which would provide a forum for resolving future conflict.

As of 2021, the most peaceful country in the world is Iceland. 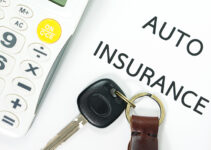 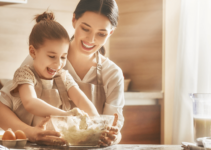