Home
Entertainment
Top 10 Popular Musicians In Nigeria & Their Net Worth 2020.
Spread the love

Popular Musicians In Nigeria:-  Nigeria is widely known for having  the biggest  music industry in Africa and one of the best in the world. The Nigerian musical trends have evolved dramatically with artists blending Nigerian culture with foreign influences to create an international appeal without losing the local touch in their compositions. 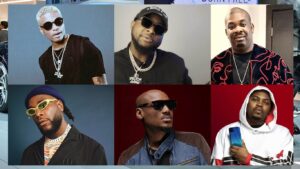 The Nigerian music is so dynamic that it is known worldwide. The Untold truth is the world music isn’t complete without mentioning Nigerian music and that is why we now see different foreign artiste coming to sing or perform in Nigeria.

The Nigerian music covers so many folk songs which have their origins from the various ethnic groups in the country and popular songs with roots from other foreign cultures especially from the West.

However, each kind of song is so distinctive with each having its own techniques, instruments, and language. Today, we have mention the top 10 most popular musicians in Nigeria that have been shaking the music industry worldwide and their net worth.

Nigerians Music has been known to provide comfort to people in distress.  This is a list of 10 most popular  musicians in Nigeria and their net worth. Note that only the notable individuals are included here;

Peter and Paul Okoye, the twin music artists who became stars from standing together to form the P-Square identity. They were born in November 1981; and had successfully built their music career.

They effectively set up a band, but they are currently separated while the majority of fans still accept them as one bond. P.Square 9th on the list of the top ten richest Nigerian musicians.

Peter or Mr. P as he is popularly known had made ambassadorship deals with companies like Kia Motors as well as Olympic Milk. He is married to Titilola Omotayo, and they have a daughter and a son.

Most of the musical achievements which he made were done while he was still with his twin brother Paul Okoye. They had won so many awards to be nominated as Artists of the Decade. The big question still on so many lips is,  what is P Square net worth separated or not? Well, let’s have a look at their cars!!!

(a). Paul Okoye Net worth

Paul Okoye, currently known as Rude Boy is married to his beautiful lover, Anita Isama who he had been with for a long time before getting married.

This star artist has houses in Nigeria and outside the country, and none of the houses are less than mansions.

(b). Peter Okoye Net worth

Mr. P has a mansion in Lagos, Nigeria, and another one in Atlanta, USA. He is also a real car collector. He owns exquisite cars that are not inferior to any celebrity, including:

Don Jazzy is known for his wonderful music production and hard work incorporated with his persistent ability to easily make up sound business relationships both in Nigeria and across the border.

Don Jazzy has 3 mansions, one at Lekki, one in Banana Island, Lagos, and another at Los Angeles, USA. He also rides exotic cars including:

Wizkid has a ₦13 million mansion in Surulere, Lagos, and another one in Los Angeles. Wizkid net worth Forbes estimated value stands at about ₦11.69 Billion. The music superstar, who also has for himself private jets, maintains a car collection that is full of really expensive models.

Tiwa Savage reportedly purchase a ₦75 million mansion in the highbrow Richmond Gate Estate in Lekki. This was actually the singer’s first house and its a beauty worth the price tag.

On the car’s front, the singer owns a few very luxurious pieces with the most recent being customized Mercedes Benz V250 worth a whooping ₦60 million.

It is worthy of note that the 2019 Mercedes Benz V250 has a starting price of about 32 million way lower than Tiwa’s Customized piece which costs almost double.

The singer is known to have purchased a Red Volkswagen EOS Convertible in 2011 and also has a 2013 model Toyota Prado SUV which was a wedding gift from Don Jazzy at her white wedding ceremony in Dubai.

Just like how he is advancing in the music industry, you can say Davido’s house and the car is second-to-none among Nigerian musicians.

He has two mansions in Lekki, Lagos, and a getaway mansion in Georgia, USA. Davido’s car collection is dazzling with:

Tuface owns 2 mansions in Lagos, as well as relaxation lounges at Lagos Island, Festac, and Ikeja. He is not very open about his rides, but here are the cars that were caught ridden by 2Face:

Being the 7th richest musician in Nigeria, Olamide owns 2 mansions in Lekki and Bariga, Lagos and a flashy garage with pricey cars including:

Timaya has a mansion worth ₦250 million at Lekki, Lagos State. If you are an active follower of Nigerian artists on Instagram, you will have been surely informed of his 3 Mercedes G-Wagon cars in different colors which once went viral on the social medium platform. Beside the Benzs, Timaya’s car collection is enviable with other expensive rides, see below:

How many of you knew that this heavy Yoruba language crooner is actually a Port Harcourt boy. Well, Burna Boy whose real name on the books is Damini Ebunoluwa Ogulu is original an indigene of Mbiama in Ahoda West LGA of Rivers State

His supercar is reportedly worth a whooping ₦84 million asking price.

Although being one of the richest musicians in Nigeria, Banky W. does not show off so much about his personal belongings. He was once spotted driving his 2008 Range Rover Sport (₦90 million) and a Toyota Prado (₦37 million) another time. People expected he would drive fancier cars like many other celebrities but he felt “what good is owning a Rolls-Royce, if I’m still paying rent on the house I park it in?” 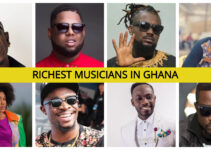