Snap market cap and Snap stock price targets are the two basic pieces of information which this content will be sharing with you. Having a grasp of the company’s shares’ aggregate with its price targets is a step to understanding the present financial influence which Snap Inc. does have in the present-day financial market.

Snap Inc. is a camera company which believes that reinventing the camera is greatest opportunity to improve the way people live and communicate, and then contribute to human progress by empowering people to express themselves, live in the moment, learn about the world, and have fun together through the camera.

The Snap company, formerly known as Snapchat Inc., developed and maintains technological products and services, namely Snapchat, Spectacles, and Bitmoji. The company which was an American camera and social media company known all over the world today, was rebranded Snap Inc. on September 24, 2016, in order to include the Spectacles product under the company name. Spiegel and Murphy are the founders of Snap Inc., and they both have dilutable and transferable 48% and 47% of voting shares to the company. It was originally founded in 2011, September 16.

Having rejected several acquisition proposals from different international brands including that of Mark Zuckerberg, it was reported that Google discussed an offer to buy the company for $30 billion in early 2016 too, but the offer got declined. However, in 2022, August 31, Spiegel, a co-founder of Snap Inc., made it known to the company that they will be overhauling and redirecting the focus of the business due to poor revenue. It then planned a 20% retrenchment of its staff in order to revive the financial status of the company.

By calculations of Snap market cap and Snap stock price targets in the past years, the company’s estimated worth was said to be around $22.7 billion as at the time of a new Series F round of investment of $1.8 billion from Spark Capital, General Atlantic, Sequoia Capital, T. Rowe Price, Meritech Capital Partners, Dragoneer Investment Group and others, led by Fidelity Investments. But later, the company got an additional $200 million in the following Series FP round. Further reports in 2016 suggested that funding was almost at $3 billion and that Snapchat was targeting yearly revenues of a billion dollars. Isn’t that a good news by market capitalization?

Snap Inc have a median target of 13.00, with a high estimate of 29.00 and a low estimate of 8.00. The median estimate represents a +3.75% increase from the last price of 12.53. The current consensus among 41 polled investment analysts is to hold stock in Snap Inc. This rating has held steady since September, when it was unchanged from a hold rating.

2. The Company’s Market Capitalization in 2022

In a bid to relay the Snap market cap and Snap stock price targets to you efficiently, it is gathered that as of September 2022, Snap has had a market cap of $20.66 Billion despite its challenges. This makes Snap the world’s 803th most valuable company by market cap according to our data.

The market capitalization, commonly called market cap, is the total market value of a publicly traded company’s outstanding shares and is commonly used to measure how much a company is worth. 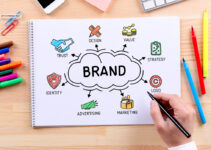 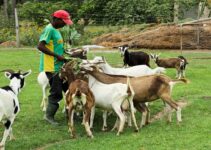