Teach Your Kids about Sex :- The truth is many parents like to avoid sex conversation with their kids for a certain good reason. I mean, can you imagine looking into your children’s eyes and telling them about penetration? Or telling them how pleasurable sex can be?  Well, for any reasons it’s not impossible. 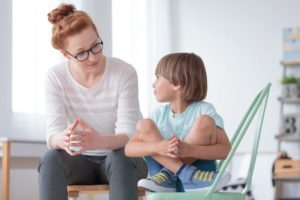 But considering how children grown up this days and how the world shaping so fast in terms of technological advancement. Everything is now available on the internet. Children can easily dive into the internet and get information even faster than the parent can do.

In a recent survey commissioned by Rogers Media, when parents were asked “At what age should you start talking to your kids about sex?” the average answer was 11. Almost a quarter said 12 and 9 percent said 13.

So it is essential for all parents to take the kids early sex education so seriously. Now parents have a chance to teach their kids by creating a safe space for that discussion.

The talk isn’t just for older kids though. It’s better to teach them about sex as soon as they start getting curious about things. Of course, when they’re still young they won’t be able to understand the details all at once but even the simplest explanations are very important. In this post we have discussed how to teach your kids about sex early and why you should teach your kids about sex early than you think.

How to teach your kids about sex early: The Methods You Need Adopt; 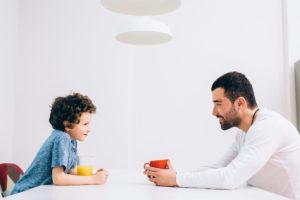 You don’t have to struggle to find the right words. Make use of educational videos, books and other tools to help you explain to them in a way they’ll understand.

2.   Try to overcome the awkwardness

The awkwardness will be there especially if it’s the first time you’re having the talk and they’re already approaching puberty. Either way a little anxiety shouldn’t get in the way of this important step in their lives.

3.  Ensure you review the talk often

When you educate them early, they’ll feel more comfortable communicating openly with you as they grow older. You’ll have a chance to find out what they’ve learnt about it so far and give your input as well.

A major focus for this age group is learning about boundaries and what is and isn’t appropriate when it comes to touching or being touched by other people. “This is fundamental to consent,” says Silverberg who explains that it’s crucial that even young children learn to ask before they touch someone else. Lessons around sharing, touch-based games like tickling, and asserting your own boundaries, such as telling a child when it is and isn’t OK to climb onto your lap, all help to create a more intuitive understanding of consent.

Establishing that kids have a say over their own bodies also helps with keeping them safe. While you can skip the explicit details, now is when you should be telling your child that others should never ask to or try to touch their genitals. This would enable your kids to tell you about inappropriate actions at any time, even if they’ve previously kept it a secret.

At this age, it’s important to discuss how to safely explore digital spaces—even if your child won’t be using the internet unsupervised for a few more years. Establish rules around talking to strangers and sharing photos online, as well as what to do if your child comes across something that makes her feel uncomfortable. Thornhill notes that while you don’t need to pre-emptively explain pornography to kids, be prepared to have them stumble across it. “Calmly explain that those sorts of websites are about grown-ups doing grown-up things,” she says. While there’s no need to present pornography as something bad, you will want to state that that these types of websites are just for adults.

1. They will have perfect sexual ethics and the correct view on sex

Children also have access to inappropriate websites where they learn about sex. If their parents don’t tell them what it’s all about early, they’ll think there’s nothing more to what they see on the internet. This is dangerous because it will affect their future relationships and behaviour. To avoid that distorted view, you have to educate them about it before they get access to those harmful sources.

2.  It helps them generate strong personal values in future

When they know about the true purpose of sex and the consequences, they’ll be more comfortable with the decisions they make as far sex is concerned. If they decide to wait until marriage for example, they won’t feel pressured to let their ‘uncool’ values go.

3.  It builds self-awareness in them

Talking to your child about sex early is a great foundation for self-awareness. They’ll learn about their own bodies and ask questions without feeling embarrassed. Even though the school curriculum covers some aspects of the talk, you shouldn’t wait for them to hear it in school. Many students might also just learn for the sake of passing exams. As a parent, you should be the first source of such information so that by the time they’re being taught in school they should have already heard about it from you. When you teach them first you can tailor the information to suit your child instead of the general information they will get out there.

4.  It reduces the risk of sexual abuse

Children are often sexually abused when they don’t understand what’s appropriate touching and what’s not. They might also feel ashamed to report these incidences. When you create a rapport with your child and have a safe environment at home where they can talk to you about anything, it will become easier for them to speak up in case of any abuse.