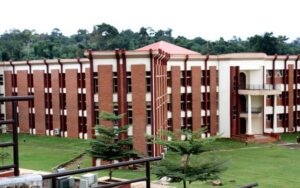 There are number of  Tertiary Institutions In Ondo State Nigeria, from seven universities, of which one belongs to the federal government, three belong to the state government while three are privately to 5 polytechnics and one college of education.

If you wish to study in any Tertiary Institutions In Ondo State, whether Universities, Polytechnics and college of education,  you are in the right place.

In Nigeria, educational line up is usually from the highest which is university, polytechnic and the next in line is a college of education.

Which means if one couldn’t gain admission to study in university, you will get in polytechnic and  colleges of education. It is not usually a bad choice to make especially when one don’t  want to stay at home waiting for admission into a University.

Here’s  the complete list of tertiary institutions in Ondo State which includes universities, polytechnics and colleges

Below are the list of Universities in Ondo State

Federal University of Technology, Akure is a non-profit public higher-education institution located in the suburban setting of the medium city of Akure.

The university has nine Schools:

Adekunle Ajasin University is average in size with a capacity of 15 thousand students. The university accepts both local and foreign students.

More than 1500 teachers are employed by the university. Both students and the academic staff can participate in the university’s international exchange programs. You can find the university on Twitter, Facebook, which might tell you more about the day to day life of AAUA.

Ondo State University of Science and Technology has earned itself a position in the top 90 best educational institutions of Nigeria.

University of Medical Sciences, Ondo is a university of medical sciences in Ondo City, Nigeria, owned by the Ondo State Government, established in 2015.

Achievers University (AUO)  is private nonprofit higher education institution in Nigeria. AUO was established in 2008. The university has an urban campus in Ondo state.

Despite being one of the youngest universities of Nigeria, Wesley University of Science and Technology ranks high in international ratings.

Rufus Giwa Polytechnic is a tertiary learning institution in Owo, Ondo State, Nigeria. The National Board for Technical Education has approved it as a state-owned polytechnic. It is also accredited by the Institute of Chartered Accountants of Nigeria.

The polytechnic was established by edict in 1979 with the name The Polytechnic, Owo by the Military Governor Sunday Tuoyo.

The formal Executive Governor Adekunle Ajasin began to operate the polytechnic immediately he took office in early 1980. It was renamed Ondo State Polytechnic in 1990. By 2010 the polytechnic had over 4,000 students

Best Solution Polytechnic, Akure was established in the year 2014 aimed at achieving academic and technological excellence, revamping the educational system of Nigeria and proffering substantial solution to the technological needs of the nation.

The polytechnic is saddled with the responsibility of producing world class technologists of all cadres, for the prosecution of the Nation’s educational and technological policies….https://bestpotech.edu.ng/

Ondo City Polytechnic is privately owned institution with the vision of raising men and women of vision, tenacity and courage. It is open to all, without discrimination in ethnicity, race, religion, gender or state…..http://www.odcitypoly.com.ng/ 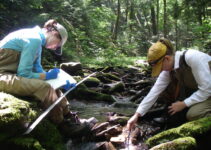 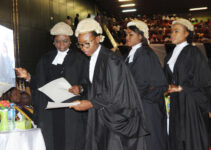