Things to Watch Out For in an Essay when reading 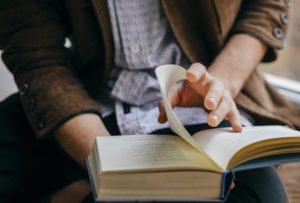 Generally, the best approach is to continually ask questions when you are reading the  paper. Doing this usually leads into identifying and clarifying the main points of the essay.  While reading through an essay, a reader should look through for the following:

They usually tell us the destination before  getting there and they also point out features of the   trip on the way there. A reader searches for the main claims and the arguments that support them. In this way, a longer paper can be summarized in just a few lines, a syllogism perhaps.

Things to Watch Out For in an Essay when reading

Fallacies:  Fallacies are error in arguments where the conclusion does not logically follow  from the premises. Writers commit fallacies when they use certain unreliable patterns  of reasoning to argue for their conclusions.

If the claims  made by a writer cannot be implied from the evidences provided, then a fallacy  must have been committed. It is the duty of the reader to find out the exact fallacy or fallacies committed and on the basis of this, an argument can be criticised and improved on.

Points of criticism: They are a number of points that can make an essay susceptible to criticisms. It could be that the argument doesn’t accomplish its aims. If an argument starts out  with very clear intentions, but never actually achieves those results, then there is a solid basis for criticism.

It could be that the argument is internally contradictory. Sometimes an author will make a point   in one section of the writing and then completely contradict himself in another section. A close reading of those sections will draw out this contradiction. It could also be that the argument’s premises are false. It might be the case that a philosopher simply has certain facts wrong.

If those facts are wrong then it might be the case that the conclusion does not  follow.  A  charitable reading would scrutinize those facts to ensure that their truthfulness is essential for the argument. Again, it could be that the argument has unjustified assumptions.

A very patient and careful reading of the text will nearly always reveal certain assumptions that the philosopher relies on. If this assumption is unjustified then it will create problems for the author. It is not enough for an author to identify some assumptions; he or she must clearly show the importance of the assumption. If not, he gives the reader an easy point for criticism.