Home
Education
Best Ways to Solve Mathematics Problem (Tips for Maths)
Mathematical problem best described as a  problem that can be represented, analyzed, and possibly solved, with the methods of mathematics. This can be a real-world problem, such as computing the orbits of the planets in the solar system, or a problem of a more abstract nature, such as Hilbert’s problems. Studies has it that the longest-standing unresolved problem in the world was Fermat’s Last Theorem, which remained unproven for 365 years. The “conjecture” (or proposal) was established by Pierre de Fermat in 1937, who famously wrote in the margin of his book that he had proof, but just didn’t have the space to put in the detail.

The mathematical problem is the popular word problem in maths, it is a maths question written as one sentence or more that requires students to apply their maths knowledge to a ‘real-life’ scenario. This means that students must be familiar with the vocabulary associated with the mathematical symbols they are used to, in order to make sense of the word problem.

However, Mathematics is a subject that no one can avoid but not all courses require maths. Some love it but to be honest, most people hate studying maths. The importance of maths for students has never been greater.  Most university courses include some level of maths while almost every profession uses maths in some form on a daily basis. The problem many students have is that they don’t know how to study maths and solve mathematics problem.

Remember, practice is said to make one almost perfect. One of the proving ways to solve mathematics problem is by doing regular practice. It is not possible to study maths properly by just reading and listening. You need to work it out. To study maths you have to roll up your sleeves and actually solve some problems.

Learning maths regularly will helps you develop a “math vocabulary” that shapes what you’re capable of thinking about and your reasoning. The more you practice answering maths problems, the better.  Each problem has its own characteristics and it’s important to have solved it in numerous ways before tackling the exam.

The Easiest ways to practice math skills is by subjecting your practice to everyday life. Many people who study math ask when and how the things they learn will be useful in everyday life. There are actually lots of ways in which math can help you in life, and make your life a little easier too. Sure, you could grab a calculator. But if you want to practice your math problem-solving skills and get better at it, you should make the most of these everyday opportunities.

Make the most of each chance you get to solve a problem using numbers, and don’t reach for the calculator on your phone.  Doing this will help you to reinforce your problem-solving knowledge and skills.

Algebra is the field of mathematics which deals with representation of a situation using mathematical symbols, variables and arithmetic operations like addition, subtraction, multiplication and division leading to the formation of relevant mathematical expressions. In this lesson we will go through all the rules of algebra, operations and formulas.

Algebra and calculus can have a direct impact students studying mathematics and it has proving ways to solve mathematics problem. This might sound strange to you but it really true.  As you now know, math problem-solving skills can be used in pretty much every area of your life. You should make the most use of of this Algebra, and use the chances discussed to improve your math skills and test yourself each day. Before long, using your math skills will be a part of your everyday life. And your grades will definitely improve as a result. There are five basic rules of algebra. They are:

Understanding these rules can give a lead to problem solving in mathematics. Let explain these rules to know what each of them entails:

The distributive rule of multiplication states that when we multiply a number to addition of two numbers, it results in the output which is same as the sum of their products with the number individually. This is distribution of multiplication over addition. The equation for the same is written as, a × (b + c) = (a × b) + (a × c). For example, x2 × (2x + 1) = (x2 × 2x) + (x2× 1).

When you’re practicing with these problems, it’s important to work through the process for each solution. If you have made any mistakes, you should check them and understand where your problem-solving skills let you down.

Understanding how you approached the problem and where you went wrong is a great way of becoming stronger and avoiding the same mistakes in the future.

4. Understand the Process of Solving Problem

Mathematics is one the hardest courses. Sometimes you can get stuck trying to solve part of a maths problem and find it difficult to move on to the next stage.  It’s common for many students to skip this question and continue on to the next.

You should avoid doing this and spend time trying to understand the process of solving the problem. Once you have grasped an understanding of the initial problem, you can use this as a stepping stone to progress to the remainder of the question.

The proving ways to solve mathematics problem is to understand that maths requires time and patience to master. It is a good idea to study with a friend who you can consult with and bounce ideas off when trying to solve complex problems.

The best proving ways to solve mathematics problem is to avoid distraction. Mathematics is a subject that requires more concentration than any other. A proper study environment and a distraction free area could be the determining factor when solving complex equations or problems in geometry, algebra or trigonometry.

Mathematics has specific terminology with a lot of vocabulary. As much as possible, try to apply real-world problems when approaching maths. Mathematics can be very abstract sometimes so looking for a practical application can help change your perspective and assimilate ideas differently.

Probability, for example, can be used in everyday life to predict the outcome of something happening and determine whether you want to take a risk such as if you should buy a lottery ticket or gamble.

Mathematics problem solving  also involve the process of working through every detail of life problem to find the right solution and studying math improves our ability to solve problems in all areas of life. 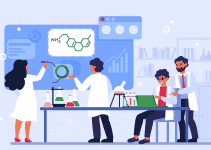 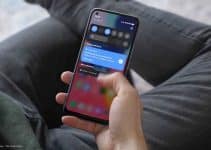 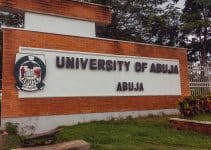