Home
Information
List Of Most African Famous Countries Around the World.
Spread the love

African Famous Countries Around the World – Africa is  the second-largest continent on the planet, Africa has a so many interesting facts. 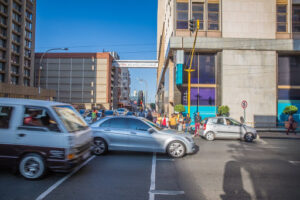 Africa contains an eighth of the world’s people. African population is much smaller than in Asia, but the growth rate is the highest of any continent.

African famous countries around the World are vast with different cultures and languages, These countries offers an intoxicating mix of old and new, as many of its age-old traditions and customs still survive to this day.

Our selection of these African famous countries around the world are renowned for their amazing contemporary impact and activities, historical, geographical and political influence, economic, culture and  personalities, wildlife, the outstanding natural beauty which makes them delight to explore, and its riveting historical and cultural sights mean there is something for everyone to enjoy.

From a vast interior, these most African famous countries around the world selection  also encompasses everything from mountains and deserts to tropical rainforests and the Nile river. Scattered around these diverse landscapes, you’ll find astonishing historical story.

Following  the subjected reasons, we have tried to point out why these countries deserve to be on this list. We have based our selection more on the recent activities, historical, geographical and political influence, economic, culture and  personalities.

Here’s the list of top 10 most African famous countries around the world today;

The most populous (170 million) country, with the biggest economy in Africa, Nigeria is said to be on track to becoming one of the 20 largest economies in the world by 2021.

There are many reasons why Nigeria has become famous around the world especially her citizens. From our fabulous lifestyle to  sense of humour.

To some people in the west, every African is a Nigerian, one can hardly fault them; Nigerians are all around the globe, inscribing their names on the map of every continent. But what is the country most famous for across the globe?

The Nigerian film industry has grown to become the second largest in the world in terms of the number of movies produced annually, placing it ahead of Hollywood and behind Bollywood.

It is an influential member of Ecowas and the AU – the ‘Lagos Plan’. Five-times participant in the World Cup. Finally, the tragic internal war with Boko Haram and the kidnapped Chibok girls two years on.

Egypt has one of the longest histories of any modern country, and is one of the world’s first nation states. It is a trans-continental country spanning the north-east corner of Africa and south-west corner of Asia.

When one mentions the word pyramids and the Nile River, what comes to mind is Egypt.

The Arab League headquarters are in Cairo. Egypt is one country which took on Israel many times in defence of the Palestinian struggle.

Another famous reason for the enduring popularity of Egypt is the Egyptian culture which emphasis on the grandeur of the human experience. Their great monuments, tombs, temples, and artwork all celebrate life and stand as reminders of what once was and what human beings, at their best, are capable of achieving.

South Africa is known for a number of reasons – the apartheid system, the World Cup 2010, Robben Island, while Cape Town and Johannesburg are leading cities globally.

Known for its beaches, mountains and savannas, it’s a very popular place for tourists to visit. Its most popular tourist attraction is probably Durban, a huge Indian-influenced harbor city and a popular surfing spot. With warm beaches, safaris, and botanical gardens, it’s a place you definitely don’t want to miss.

South Africa is the only African country that is a member of the G20 and Brics. Nelson Mandela’s profile and the international activism of his successor as president, Thabo Mbeki, have kept SA on the world map. And not to forget the 16 June uprising.

Ethiopia, the enthralling land of origins, is in North Eastern Africa and is home to diverse landscapes, deserts, volcanoes, highlands, and of course the famous rock-hewn churches.

Ethiopia’s unique combination of culture, deep rooted history and stunning landscape makes it one of the most intriguing places on earth.

Ethiopia is famous for being the place where the coffee bean originated. It is also known for its gold medalists and its rock-hewn churches.

Ethiopia is the top honey and coffee producer in Africa and has the largest livestock population in Africa. Ethiopia has ties with the three main Abrahamic religions.

Ethiopia is also one of two countries which were never colonised.

Namibia is world famous for the highest dunes in the world at Sossusvlei and for the Etosha National Park, one of world’s greatest conservation areas.

The official name of Namibia is “Republic of Namibia“. Namibia belongs to the most sparsely populated countries in the world.

Crossing the Orange River into modern-day Namibia, one needs not be reminded that this country has been on the international map since it was placed under League of Nations trusteeship.

Theo-Ben Gurirab at the UN and Sam Nujoma have been popular figures/faces on the international scene.

Not to forget the troika at the Fourth Committee of the UN General Assembly – Fanuel Kozonguizi, reverend Michael Scott and Mburumba Kerina in 1956.

Then we have sprinter Frank Fredericks, boxer Harry Simon, who brought us silverware, and our Michelle McLean, who brought the Miss Universe title to Namibia. And then we have the unforgiving Namib Desert with its unique Welwitschia plant.

No country can lay claim to so many sobriquets as Ghana. It was once the “Gold Coast” of Africa, for its extensive gold reserves. Today, trade, commerce and entrepreneurial spirit mark the modern ethos of Ghana. It has moved away from its ghastly past of a slave trade history to a post-colonial modernity.

Gold, cocoa and more recently oil form the cornerstone of Ghana’s economy and have helped fuel an economic boom. The country is named after the great medieval trading empire that was located northwest of the modern-day state until its demise in the 13th century.

Now talking about the AU, one cannot help but remember that historical figure who said that Ghana’s independence (1957) is meaningless until the whole of Africa is liberated from the yoke of colonialism.

That was Kwame Nkrumah, a statesman and scholar, who was instrumental in the formation of the Organisation of African Unity, now the AU.

Out of the two Africans who have been secretaries general of the United Nations, one is a native of Ghana – Kofi Annan. Ghana’s capital, Accra, is a regional hub.

This is the home of the most popular president on social media in Africa, the late president Robert Mugabe.

The country is home to unique remnants of ancient ruins that are of cultural and historical significance to understanding ancient African kingdoms and civilizations.

Most common are the Zimbabwe Ruins in Masvingo and Khami Ruins in Bulawayo, as well as Danangombe in Gweru and the smaller Naletale Ruins in Shangani.

It is a country of superlatives, thanks to Victoria Falls (the largest waterfall in the world) and Lake Kariba (the largest man-made lake in terms of volume).

National parks such as Hwange and Mana Pools teem with wildlife, making Zimbabwe one of the continent’s best places to go on safari.

Kenya, country in East Africa famed for its scenic landscapes and vast wildlife preserves. Its Indian Ocean coast provided historically important ports by which goods from Arabian and Asian traders have entered the continent for many centuries.

Kenya is famous for its classic savanna safaris, Kenya is a country of dramatic extremes and classic contrasts. Deserts and alpine snows; forests and open plains; the metropolis of Nairobi and colorful tribal cultures; freshwater lakes and coral reefs.

Also  remember the first president, Jomo Kenyata, those independent-minded and proud people – the Maasai, the Ovahimba of East Africa.

And one of Africa’s celebrated scholars – the late Ali Mazrui, was a Kenyan.

Morocco is about the same size as the state of California. There are over 32 million people living in Morocco (32,649,130) as of July 2013. The capital city of Morocco is Rabat, although the largest city is Casablanca with nearly 4 million people. The official languages of Morocco are Berber and Arabic

The country exports citrus fruits and early vegetables to the European market; its wine industry is developed, and production of commercial crops (cotton, sugarcane, sugar beets, and sunflowers) is expanding.

According to the Moroccan constitution, Islam is the religion of the state, and the state guarantees freedom of thought, expression, and assembly.

Liberia is a country in West Africa which was founded by free people of color from the United. President William Howard Taft made American support to Liberia a priority of his foreign policy.

The Americo-Liberians created a cultural and racial caste system, with themselves at the top and indigenous Liberians at the bottom.

It is the seat of the African Union. The devastating drought of 1984 also made headlines worldwide with that musical concert in London.

In some ways, it makes perfect sense to associate Liberia with Ebola, given the facts of the outbreak, news coverages.

According to David Crystal’s book English as a Global Language, more than half the population in 45 countries (excluding the UK) speak good English. They include The Philippines, Denmark, Liberia, The Netherlands, Singapore, Austria, Finland, Malaysia, Belgium, Greece  and Germany. Indeed, while more than 20 indigenous alternatives are spoken, it is the country’s official language. 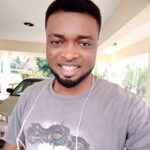 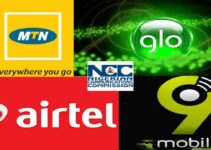 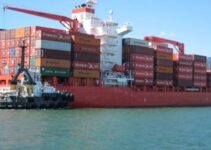 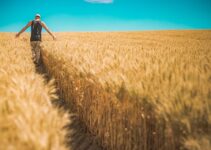