Home
Foods
Why Food Prices Rose the Most in Oyo, Kogi and River State Early 2021.
Spread the love

Food Prices Rose the Most in Oyo, Kogi,  and River States in early January 2021, the Consumer Price Index (CPI) report released on by the National Bureau of Statistics (NBS) has shown. 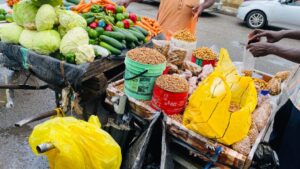 According to Premiumtimesng,  the report revealed that on a year-on-year basis, food price inflation was highest in Kogi at 26.64 per cent, Oyo at 23.69 per cent and Rivers at 23.49 per cent.

The report said on a month-on-month basis however, food inflation was highest in Oyo at 4.47 percent , Lagos at 3.86 per cent and Rivers at 3.11  per cent

Akwa Ibom had a 0.25 per cent rise, and Bayelsa at 0.13 per cent had the slowest rise, while Edo recorded price deflation or negative inflation (general decrease in the general price level of food or a negative food inflation rate).

Why Food Prices Rose the Most in Oyo, Kogi and River State

From the released of National Bureau of Statistics (NBS), here’s the reason why Food Prices Rose the Most in Oyo, Kogi and River State Early 2021:

1. Inflation of all Items

Kwara at 13.96 per cent, Abuja at 12.96 per cent and Cross river at 12.22 percent recorded the slowest rise in headline year on year inflation.

However, on a month on month basis, all items inflation was highest in Oyo at 4.28 percent, Ebonyi at 3.95 per cent and Lagos at 3.33 per cent , while Abuja, Edo and Cross River recorded general decrease in the general price level of food .

Core inflation, which excludes volatile items like food and fuel, stood at 11.85 percent in January, up by 0.48 per cent when compared with 11.37 percent recorded in December ” NBS said.

“On a month on month basis, the core sub-index increased by 1.26 percent in January. This was up by 0.16 per cent when compared with 1.10per cent recorded in December last year,” the report said.

The NBS said CPI measures the average change over time in prices of goods and services consumed by people for day to day living.

The survey methodology generates indices for 3,774 items for all states and FCT. 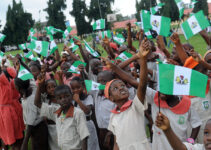 Tags: Food Prices Rose the Most in Oyo