Security Crisis In Nigeria is confronted with multiple security challenges, notably the resilient Boko Haram Islamist insurgency in the north east, long-running discontent and militancy in the Niger Delta, increasing violence between herders and farming communities spreading from the central belt southward, and separatist Biafra agitation in the Igbo south east. 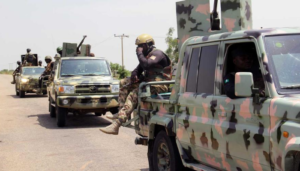 Crisis Group seeks to help the Nigerian government by shedding new light on the country’s security challenges, de-escalating risks and tension, and encouraging regional and gender-specific approaches toward ending the violence durably. Now lets us look at those crisis that have rendered Nigerian land unpleasant;

Nigeria is confronted with multiple security crisis as we hinted earlier. Here are the top security challenges Nigerians are facing presently:

The militant Islamist group has destabilised the North-East of Nigeria. Since 2009 the group killed tens of thousands of people and displaced millions more.

About 2.5 million people fled their homes and towns, and the direct consequence of the conflict was that the North-East was plunged into a severe humanitarian crisis – as of 2018, one of the worst in the world which has left about 7.7 million people in need of humanitarian aid.

In his first term, Muhammadu Buhari claimed that his government would bring an end to the national suffering inflicted by Boko Haram.

The government made significant military gains, reducing the number of Boko Haram attributed deaths from more than 5,000 in 2015 to less than 1,000 in the past couple of years.

The Middle Belt region of Nigeria has faced prolonged violent clashes between the predominantly Christian farmers and the mostly Muslim cattle herders.

At the core of the conflicts are disputes over access and rights to land and water resources and rapid desertification which has changed the grazing patterns of cattle. These clashes are not necessarily new, but since 2015, the disputes have become more frequent and violent.

The dispute is being politicised and is stirring ethnic and religious tensions, which is very dangerous in a deeply divided country like Nigeria. The president must find inclusive and creative ways of addressing and de escalating this complex conflict.

The Niger Delta, the oil-producing core of Nigeria has for decades suffered from oil pollution which has led to the loss of livelihoods and sources of food for locals.

The area has also been neglected by the federal government even though the bulk of the country’s fund comes from the region. In the last decade, clashes between armed groups in the area and the security forces reached an all-time high; kidnappings were rife, and oil infrastructure destroyed at a phenomenal rate.

In 2016, one of the most prominent armed groups in the region, the Niger Delta Avengers (and other smaller groups), destroyed oil production infrastructure reducing production from 2.2 million barrels per day to the two decades low of 1.4 million barrels a day.

The infrastructure vandalism contributed to the onset of one of Nigeria’s worst economic recessions on record.

The militant groups in the Niger-Delta region recently declared support for the ragingEndSARS protests across the country, saying they were ready to resume hostilities, attack oil and gas facilities if federal government did not meet the demands of protesting Nigerian youths.

The militant groups under the aegis of the Reformed Niger Delta Avengers (RNDA) which held an emergency meeting in Delta state, also announced their preparedness to disavow the ceasefire accord with the federal government and engage military forces.

In Northern Nigeria, clashes between Muslim groups—mainly ethnic Hausa and Fulani—and Christian and traditionalist communities have become a monthly affair, with devastating consequences.

In this charged environment where religion functions as the primary idiom of political identity, conflicts over resources, cattle, land, and political offices have often taken on a religious coloration, with Muslims pitted against Christians.

Christian ethnic groups in Southern Nigeria have been drawn into these religious conflicts, with their members in Northern Nigerian cities frequently targeted by Muslim mobs.

Muslim Northern Nigerians have sometimes been targeted in revenge killings in Southern Nigeria.

Colonialism did not cause the primordial conditions and identities that have generated tensions and conflicts between Christians and Muslims, but it made them worse.

The British colonial policy of Indirect Rule, a divide-and-rule system that required sharp ethno-religious differentiation among Nigerians, made religion and ethnicity the preeminent markers of identity and pushed exclusionary identity politics into the political arena.

As a result, in Northern Nigeria, minority ethnic groups, mostly Christians, defined and still define themselves against the Muslim Hausa-Fulani majority, under the political rubric of Middle Belt, which is usually a stand-in for “non-Muslim.” 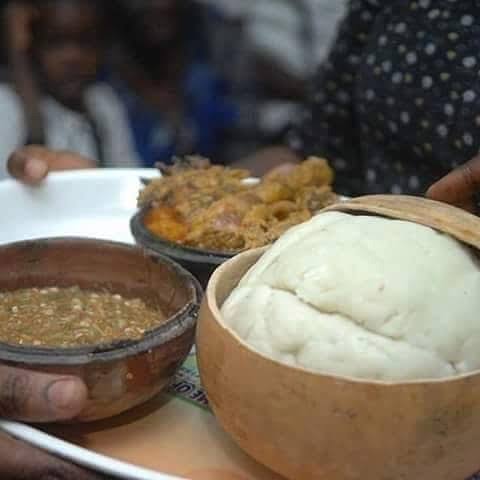