Home
Information
Why Dreams Feel Like Reality and Unreal When Wake Up.

Dreams are stories and images that our minds create while we sleep. They can be entertaining, fun, romantic, disturbing, frightening, and sometimes bizarre.

There are several explanation about why we dream. Are dreams merely part of the sleep cycle, or do they serve some other purposes. Here are possible explanations to dreams:

Why dreams feel like reality and become unreal when we wake up is because true dreams often contain a mix of emotions and things we have previously experienced, but in dreams, there are often people, faces, and interactions that the dreamer has never experienced before. A dream is an instantaneous, nonstop narrative that often seems as real as real life itself

The reality you are experiencing is unreal , though it feels like real , and you don’t really know that you are dreaming and not really experiencing .

This is why the visualisation techniques are good , due to the inability of the subconcious mind to distinguish right or wrong and reality and dreaming .

Dreams can be ludicrous, but unless we are lucky enough to be lucid dreamers, we believe every part of them. Why are you taveling on a private jet with Obama? Why is that is that woman chasing you?  These are all questions we do not answer until we wake up, and that’s if we remember our dreams in the first place.

Another reason why dreams feel like reality and become unreal when we wake up is because dreams are our one true escape from the humdrum predictability of real life. They are better because they feel so real and are better because we do not question their logic.

But why do they feel so real? Is it our subconscious telling us something? A message from God? A vision? These questions have been debated by scholars and drunkards alike for centuries, but modern science can now provide very real answers.

According to Owen Flanagan (2000), there are four major philosophical questions about dreaming:

These interrelated questions cover philosophical domains as diverse as metaphysics, epistemology, ethics, scientific methodology, and the philosophy of biology, mind and language.

The reality and unreal entity of dreams according to the traditional philosophical question that Descartes asked himself, a question which has championed scepticism about the external world. How can I be sure I am not always dreaming, or dreaming right now? Philosophers have typically looked for features that distinguish dreams from waking life and one key debate centres on whether it is possible to feel pain in a dream.

How can I know that I am not now dreaming? is the resulting famous question Descartes asked himself. Though Descartes was not the first to ask himself this question (see Zhuangzi’s eponymous work, Plato’s Theaetetus and Aristotle’s Metaphysics) he was the first philosopher to doggedly pursue and try to answer the question.

In answering the question, due to the sensory deception of dreams, Descartes believes that we cannot trust our senses in waking life (without invoking a benevolent God who would surely not deceive us).

Descartes’ dream argument began with the claim that dreams and waking life can have the same content. A dream makes it feel as though the dreamer is carrying out actions in waking life, for during a dream we do not realize that it is a dream we are experiencing.

Descartes claims that the experience of a dream could in principle be indistinguishable from waking life – whatever apparent subjective differences there are between waking life and dreaming, they are insufficient differences to gain certainty that I am not now dreaming. 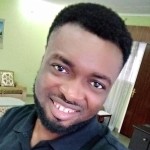 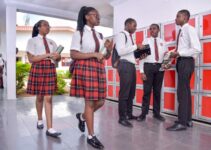 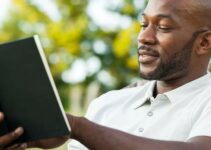