How Eating Fried Potatoes Can Lead To Early Death

While the research is against such practice, it however does not link boiled or otherwise any prepared form of potatoes to the early death risk.

The study which was published in the American Journal of Clinical Nutrition, “tracked 4,440 people aged 45 to 79 over a period of eight years to study osteoarthritis.”

The researchers momentarily set aside the main issue of osteoarthritis and look at participants’ consumption of potatoes.

According to CNN Health Tips, ‘the researchers divided study participants into subgroups based on how frequently they ate potatoes each week. Over the eight years, a total of 236 of the participants died.

Veronese and his team found that those who ate fried potatoes two to three times each week doubled their chance of dying early compared to those who ate no fried potatoes. French fries, potato chips, hash browns and any other preparation requiring a fryer are all included under the umbrella of “fried potatoes” after analyzing the data for each group. 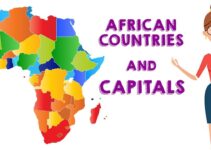