Military Forces In Nigeria & Salary Structure – There are three major military forces in Nigeria – These are – the Navy, the Army and the Air force. These armed forces took off officially after the country was granted independence in the year 1960. 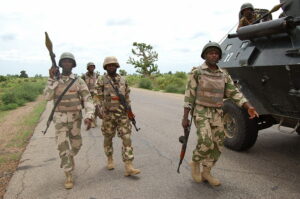 The three arms of the Nigerian military joined forces en mass to overcome the Biafran Army. Since then, they have been engaged only in peacekeeping during insurgency within and outside the country.

They fought the Niger-Delta militants, Boko haram insurgents and lately, the Fulani herdsmen. The Nigerian military have also been sent to other UN and ECOWAS nations for peace keeping such as the ECOMOG.

However,  the salaries structures and the present Nigerian top military are highlighted below:

The Nigerian Air Force is the highest paid force in Nigeria among other armed forces in the country. Established in the year 1964, they have grown to be one of the most respected military organizations in Africa.

Every year, recruitment is done into the NAF via its short service program (DSSC and SSC) for University graduates and non graduates in a bid to increase man power and train officers to be combat ready in fighting skills and defence strategies.

We know that the Nigerian Air Force has fighter aircrafts, transport, helicopter, and high military grade guns and weapons in its arsenal.

See table showing information on salary structure of the Nigerian Air Force officers from lowest rank to the highest rank below.

The Nigerian Navy (NN) is the branch of the Nigerian Armed Forces operating on sea. Their primary duty is to protect the Nigerian sea borders against invaders.

The Naval command structure today operates from Naval Headquarters in Abuja with three operational commands in Lagos, Calabar, and Bayelsa respectively. NAVTRAC which is the training command headquarters is located in Lagos state at Marine beach.

With various ships, fleets and military grade weapons at its disposal, the Nigerian Navy has been ranked as one of the best and strongest navies in Africa having its training facilities and five operational bases in Lagos and Port Harcourt.

Below is a table showing the Nigerian Navy ranks and their yearly salary.

There are twelve ranks for senior officers but the following ranks below, we couldn’t find figures for their salary structure:

The Nigerian Army is seen as the largest military branch among the armed forces. They are mostly land forces, protecting the sovereignty, boundaries and territory of Nigeria against external forces that might try to invade the land.

How Many Fighter Jets  Does Nigeria Have?

Most people want to know the highest paid military in Nigeria. Although, the armed forces is a special unit in the country which comprises of the Nigerian army, air force and Navy, the question has always been whose pays highest among them?

The Nigerian Air Force is the highest paid force in Nigeria among other armed forces in the country. Established in the year 1964, they have grown to be one of the most respected military organizations in Africa. 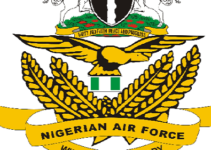 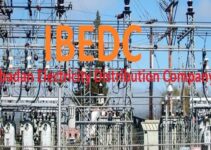