As we all know, movies play an essential part in influencing society and contributing a significant portion of a country’s GDP. Read below to know the most successful movie industry in Africa.

Most Successful Movie Industry in Africa.

It should be noted that there are  numbers of movies industry in Africa. But in respect to the most successful movie industry in Africa, Nigerian Film Industry popularly known as Nollywood is globally recognized as the largest in Africa and the second largest film producer in the world.

The Nigerian Film Industry (Nollywood) is a significant part of the Arts, Entertainment and Recreation Sector which contributed 2.3% (NGN239biliion) to Nigeria’s Gross Domestic Product (GDP) in 2016.

It is one of the priority sectors identified in the Economic Recovery and Growth plan of the Federal Government of Nigeria with a planned $1billion in export revenue in 2020.

Nollywood as the most successful movie industry in Africa also retains a spot as the second largest and one the most profitable film industry in the world.

The other major film industries that might be likely ahead of Nollywood in terms of worth is the American Hollywood and Indian Bollywood that produced enough captivating movies annually.

In 2009, Nollywood surpassed Hollywood as the world’s second largest movie industry by volume, right behind India’s Bollywood. And in 2014, the Nigerian government released data for the first time showing Nollywood is a $3.3 billion sector, with 1844 movies produced in 2013 alone. Nollywood Producer Kunle Afolyan reached an exclusive Netflix distribution arrangement for his latest film, October 1. This adds to the 10 Nollywood related titles already on Netflix and the U.S. media company’s recent $12 million movie rights purchase of Nigerian novel Beasts of No Nation, to star Idris Elba.

And many observers believe that the global reach of African films could take off, led by video on demand (VOD) platforms and productions of Nigeria  the continent’s largest economy and most populous nation.

“Nollywood’s popularity across Africa and the diaspora certainly demonstrates the capacity to be the most successful movie industry in Africa. 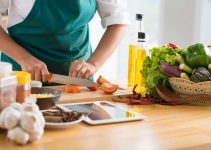