Anthropocentrism, in its original connotation in environmental ethics, is the belief that value is human-centred and that all other beings are means to human ends. Environmentally -concerned authors have argued that anthropocentrism is ethically wrong and at the root of ecological crises.

The word “anthropocentric” refers to those values, goods, interests, activities and also institutions that promote human welfare to the near exclusion of competing nonhuman welfare.

In this regard, anthropocentrism is closely related to instrumentalism, which views the world as a resource that is valuable only to the extent that it promotes human good.

It holds that humans are the sole bearers of intrinsic moral value and all other living or non-living things are there to sustain human existence.

Advocates of the anthropocentric hold humans as the most significant entities in the universe and disregard animals and plants unless they provide life necessities such as nutrition, clothing, shelter and medical benefits for humanity.

Anthropocentrism upholds the view that humans are the central or most significant species on the planet and are considered to have a moral value which is higher than that of other animals and every other entity, living or non-living in nature.

It may also be described as the assessment of reality through an exclusively human perspective. The term anthropocentrism can also be used interchangeably with humanocentrism, and some refer to the concept as human supremacy or “human exceptionalism”.

Considered to be deeply entrenched in many traditional and modern human cultures, many Western religions, Western philosophies, Christian religion and conscious acts, anthropocentrism constitutes a major concept in the field of environmental philosophy and environmental ethics.

It regards humans as distinct from and higher to nature and also holds that human life has intrinsic value while other entities in nature, animals, plants, mineral resources, are resources that may justifiably be exploited for the benefit of humankind.

Quite a good number of environmental ethicists consider anthropocentrism as the root cause of many of the problems created by human interaction with the environment.

These range from global warming, ozone depletion, deforestation and water scarcity to the loss of biological diversity, with these having further grievous domino effects on the environment.

For example deforestation contributes to global warming since tree-logging results first into less absorption of carbon dioxide, and second to more greenhouse gases trapped in the atmosphere.

This in turn would lead to severe climate changes that engender the extinction of various species due to habitat-sabotage.

According to this view, we need to develop deep anthropocentrism, which is an enriched, fortified notion of human interest in the long term to replace the dominant short-term, sectional and self-regarding conception.

For instance, environmental pollution can be seen as immoral because it negatively affects the lives of other people. Likewise, the wasteful use of natural resources may be considered immoral to the extent that it deprives future generations of those resources.

Advocates of deep anthropocentrism contend that the environment should be cared for and saved for the sake of both the present and future human populations.

They maintain that humans should work towards the promotion of a rich, diverse, and vibrant biosphere, with the understanding that human flourishing is included as a legitimate part of such a flourishing.

Arguments in Support of Anthropocentrism

Below is a brief examination of three considerations usually employed to justify environmental anthropocentrism, especially its central idea that only humans, have moral standing or worth:

1.  Only fully rational human persons are moral agents, and only moral agents have moral standing. Hence, nothing else in the natural environment has moral. A problem with this view is that it seems to be too restrictive or narrow as it would exclude some humans such as little children and the mentally impaired. To avoid this problem, the criterion for moral status may be refined to include both actual and potential rational persons.

2. Only beings with the capacity to suffer have moral  However, although the capacity to suffer may be a sufficient condition for having moral standing, there is no reason for thinking that it is necessary. Besides, there is a sense in which we could reasonably say of certain non-sentient beings/things that they suffer. For instance, when their existence or well being is being impaired. Indeed, things can go either for good or for worse for a tree or river even though it might not be aware of this.

3. Only beings with desires, wants, or aspirations have moral  While it is in, for instance, a tree’s interests to have water and light, it does not want these things the way humans want or desire things. That is, it is not interested in them.

1. The criterion that moral status should be ascribed to only actual or potentially rational persons is rather arbitrary and not self evident, as some advocates of anthropocentrism would want us to  Indeed, no justification has been offered for identifying the criterion of moral standing to be rationality, be it actual or potential.

2. Restricting moral concerns to all humans is no longer useful as have beenhitherto assumed. Rather, this has become counter-productive in view of the negative implications it has, on the long term, on human

While humans are both moral agents and also have moral standing, other beings/things in nature may still be reckoned as having a moral standing in the sense that humans owe them a duty, even though they may not be considered to be moral agents (beings that owe duties to others).

4. Regarding other animals as mere resources to be exploited for human ends ismistaken since we can meaningfully speak of their wellbeing, interests and needs as being affected negatively or positively by human  Besides, the kind of interests or desires noted in human consciousness is not necessary for a thing to be valued for its own sake. Rather, that a thing naturally strives to stay alive is sufficient.

5. Anthropocentrism is a parochial, narrow-minded, sub-moral approach to the earth that is largely responsible for much of the environmental problems being experienced in recent.

Environmental ethics is a branch of ethics that studies the relation of human beings and the environment and how ethics play a role in this.

Environmental ethics believe that humans are a part of society as well as other living creatures, which includes plants and animals. These items are a very important part of the world and are considered to be a functional part of human life.

Therefore, it is essential that every human being respected and honor this and use morals and ethics when dealing with these creatures.

Environmental ethics is an established field of practical philosophy “which reconstructs the essential types of argumentation that can be made for protecting natural entities and the sustainable use of natural resources.”

Global warming, global climate change, deforestation, pollution, resource degradation, the threat of extinction are few of the issues from which our planet is suffering.

Every time that a tree is cut down to make a home or other resources are used, we are using natural resources that are becoming more and more sparse to find.

It is essential that you do your part to keep the environment protected and free from danger. It is not as difficult to do as you may think so long as you’re willing to make a few simple and easy changes. 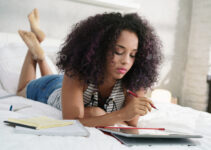